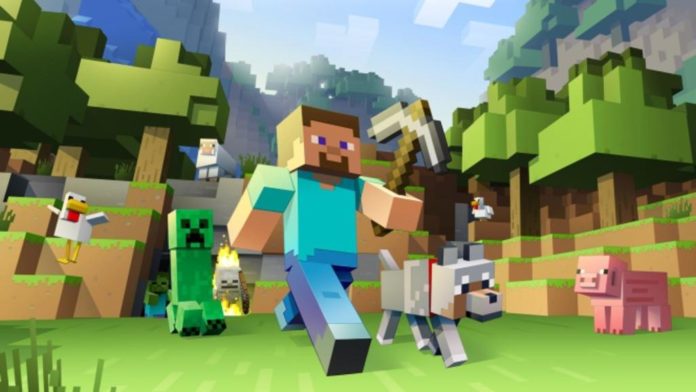 Minecraft Earth Released Played in Real World Like Pokemon Go (Android – iOS). Minecraft, which has a serious audience on computers and other platforms, is now coming to our smartphones. Moreover, you will benefit from augmented reality technology like Pokemon GO.

Minecraft is a game that has been playing for a long time, especially for people of a certain age. The game, which we had previously brought down to the real sense of the world and outdone ourselves in craft, can now be played through our smart phones.

The augmented reality game Minecraft Earth, where we can gather resources from all over the world and produce equipment that will work in our adventure, where we can combine the real world with Minecraft architecture, is now at an early stage of access.

What is Minecraft Earth? How to play?

In Minecraft Earth, we need to travel across the real world to collect material. Then we are able to build various structures with the materials we collect. By using augmented reality, it is possible to move these structures to the hall of our house or to any point of the city.

It is also possible to build structures with others. Majong, who wants to keep the game out of boredom, has added daily adventures and quests. In the first stage, the game is a bit complicated and has some errors, but this is quite normal as the game is still in early access.

In which countries is Minecraft Earth available for early access?

The game, which first appeared in May, was gradually opened to early access in countries such as China and Mexico. Now we came to the United States and Turkey.

The producer of the game, Mojang says, by the end of the year, the game will be available for early access in all countries. For the time being, the countries where the game is accessible are restricted to regions that have access to the Android or iOS store.

Minecraft Earth is slowly spreading around the world. This is a very interesting and creative game, let’s see how much it expects from mobile players. You can download the game from the links below.