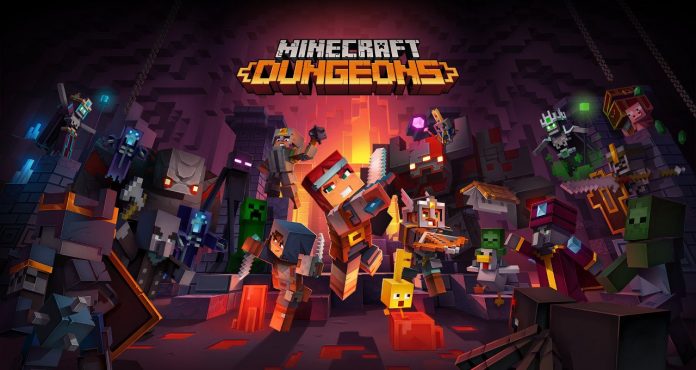 Minecraft Dungeons, the new game in the series developed by Mojang, received a new update today. With the update, many changes have been made in performance, stability and gameplay. Bugs revealed by players’ feedback have been fixed. We have brought together all the innovations that came with the update, including all patch notes for you.

Many performance and stability issues were eliminated with the patch. These:

Disconnection of the host after a 20-30 minute session while playing on Xbox consoles has been fixed. In addition, the crash issue that occurred on the Nintendo Switch console during Ancient Hunt screen loading has been fixed. Thus, many problems on consoles were eliminated. Crash problems and errors on the loading screen on all platforms that occurred during the game have been eliminated.

Changes in the gameplay part with the update

With the March 24 update, there have been many changes in the gameplay. These changes are:

Fixed an issue where gear dropped in inaccessible locations and multiple mobs spawned in this area during Ancient Hunt. In the “Last Chance” part, equipping the armor with the Life Support spell will no longer increase health more than it should. Again, the invisibility errors in various missions that were frequently encountered by players were corrected.

The innovations in the gameplay are not limited to these. One of the issues players suffer the most is that some mobs did not drop soul even when they have Soul Gathering. Fixed the issue where the environmental fire did not damage players and the issue where players got stuck at the entrance to the lower dungeon in the Crimson Forest.

In addition, the texture problems in the trees after changing the graphic settings have been eliminated. Even if the inventory is now full with the last update, gold will always remain a reward after completing the Ancient Hunt.

As of March 24, the update to the Minecraft Dungeons game is of course not limited to these. So you can click on this link to view the full notes for the patch in detail. The Mojang team continues to update with the game without interruption.

Two Point Campus: how to fight the invaders