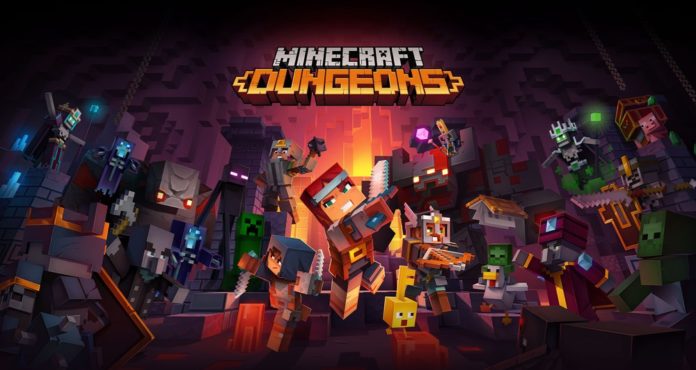 Minecraft Dungeons has officially received a release date to arrive on the PlayStation 4 (PS4), PC, Xbox One and Nintendo Switch. As of May 26, 2020, the new bet from the world of the famous Mojang block game will be available worldwide. The game adopts a style of gameplay very similar to that of the Diablo franchise and other classic dungeon-crawlers, with cooperative for up to four players in online or local modes. The announcement came on the afternoon of Tuesday (31) through the official profiles dedicated to the game.

In Minecraft Dungeons, you can freely customize the characters, including their appearance and the combat style they use. There are characters of melee attack, others who fight at a distance with the use of bows and arrows and even those who make the front line with a high defense power.

While exploring the scenarios generated procedurally, players must deal with hordes of enemies already known and others unpublished. In addition, it is necessary to face bosses, find treasures and become stronger and stronger to confront the great villain Arch-Illager.

As Mojang has been a Microsoft studio since 2014, Minecraft Dungeons is available from the day of launch to Xbox Game Pass subscribers, both on Xbox One and Windows 10. The service has a growing library of over 100 games available. It is possible to enjoy the first month by paying only R $ 1 and then the price becomes R $ 39.99 per month.