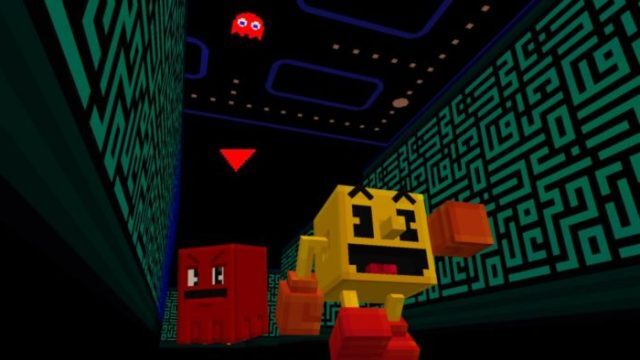 A DLC specially added to Minecraft for the 40th anniversary of the release of PAC-MAN. With DLC, you can complete 10 challenging stages or choose to create your own maze. You can challenge your friends or collaborate as you complete the stages.

PAC-MAN, one of the games that has managed to take part in the lives of many people, celebrates its 40th anniversary. A number of events were organized to honor the game that has become a legend. One of the owners of this event is Minecraft. Mojang has prepared a DLC specifically for the 40th anniversary of PAC-MAN’s release. Let’s look at the details of this DLC without extending the word.

DLC, which can be accessed from the Minecraft store, will feel like medicine for those who are longing for PAC-MAN. Thanks to the labyrinth editing function in the DLC, users will have fun by building their own labyrinths. What DLC offers to users is not limited to this. There are 10 stages you can complete on your own or with your friends.

You can find the one-to-one DLC to eliminate the PAC-MAN longing with the Minecraft experience here. DLC is purchased with Minecraft Coins, which are considered to be shopping units within the game. Minecraft users who want to buy DLC can add DLC to the game for 1,340 Minecraft Coins. You can also get Minecraft Coins for a fee.

As Minecraft writes in the DLC description, it is as follows: “Legendary arcade classic PAC-MAN is coming to Minecraft! WAKA-WAKA your way through the incredible 3D maze craze. Fight with your friends or build your own maze for 10 challenging levels. Collect extra points to unlock boosters like TNT. Inky, Pinky, Blinky, Clyde and… Be sure to watch out! ”

Organizing a special event for PAC-MAN’s 40th year, not only Minecraft, but BANDAI NAMCO and Amazon Games also came together to celebrate the game’s anniversary. The game, PAC-MAN LIVE STUDIO, played through Twitch will be on the market starting from June. With PAC-MAN LIVE STUDIO, users are waiting for a very different gaming experience.

Be Careful With These SMS If You Use The Carrefour PASS...