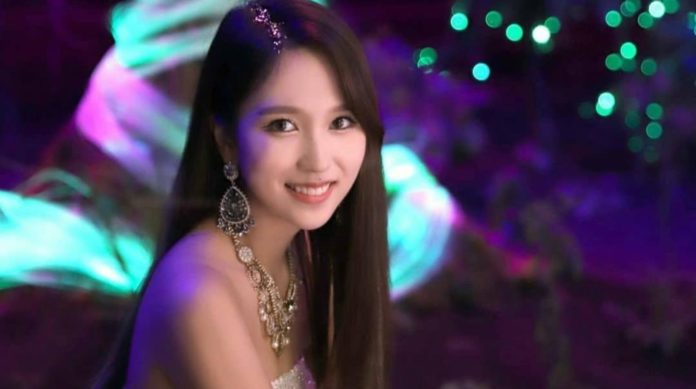 The surprise of the fans was manifested on the networks

Previously, Mina took a break from the activities with TWICE and, although she participated in her latest mini album ‘Feel Special’ and the filming of the video of the same name, it was announced that she would not form promotions for this song. It was since July last year that the JYP Entertainment agency released a statement to inform Mina that she would not join the TWICELIGHTS TOUR , so that the idol could receive treatment to improve her health after having suffered extreme anxiety attacks and insecurity to Perform on stage

However, when the stage of the tour in Japan began Mina joined her group mates in the planned concerts . Although with a quiet attitude, Mina participated in many of the songs that the group presented, having some absences in others such as the cover of Born This Way and Feel Special .

The TWICE girls have shown their excitement for having Mina by their side once again, and even in the presentations where she does not participate they have done their best to involve her. It has also been a pleasant surprise for fans to have her back in front of them, recognizing the effort that the idol is making and also celebrating that she feels strong enough to try.

An even greater surprise came when in her most recent concert in Fukuoka Mina she joined her companions to perform ‘Feel Special’ at her side , this being the first presentation of OT9 on stage for this piece of music. The emotion of the girls was clear and a short video of that epic moment was uploaded to the official Twitter of the group to celebrate it.

A few hours later, the full video and from a better angle was shared through YouTube , each of those gestures has motivated ONCE to show their affection, respect and admiration to Mina , who has had to deal with a difficult season away from the rest of the Twice girls, so they have used the hashtag #ProudOfYouMina as a sign of union. What did you think of this presentation of ‘Feel Special’?

BTS breaks a new YouTube record with Boy With Luv

Which characters will return in the next installment