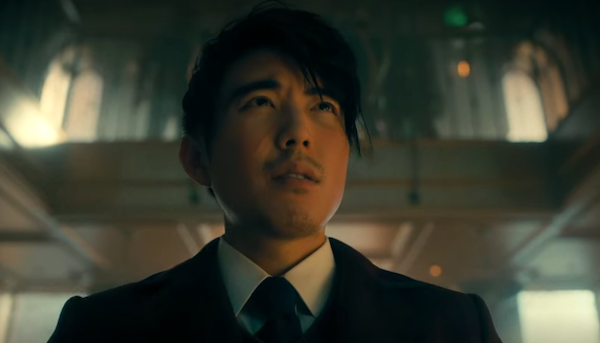 The second season of Netflix’s The Umbrella Academy may have ended the cycle of the Hargreeves family causing the apocalypse, but the ending presented a new problem to deal with. When the members of the Umbrella Academy returned to their time, they found it very upset.

So, in this new timeline, Sir Reginald Hargreeves (Colm Feore) raised an entirely different group of superheroes: Sparrow Academy. So the final moments of The Umbrella Academy season 2 gave fans a glimpse of the Sparrow Academy silhouettes, with one notable exception.

Because Ben (Justin H. Min), who grew up with the rest of the Umbrella Academy and spent the first two seasons behind Klaus (Robert Sheehan) as a ghost, is now the head of the new group.

For its part, Netflix revealed the identities and talent behind the members of the Sparrow Academy a few weeks ago, featuring a team that looks as interesting as the one we know.

In addition to Ben, there are six new Hargreeves: Marcus (Justin Cornwell), Fei (Britne Oldford), Alphonso (Jake Epstein), Sloane (Genesis Rodriguez), Jayme (Cazzie David), and a telekinetic cube named Christopher. Yes, you read that correctly, no, it has not been announced who, if there is anyone, to play the cube.

In turn, Justin H. Min, who has played Ben since the show began, shared an image on Twitter that sees the entire gang (minus the bucket) in their Sparrow uniforms.

Similarly, Christopher the cube is missing from Min’s shot, because the poor cube probably won’t fit into one of those fancy Sparrow jackets the rest of the team wears.

LADY GAGA IS EXCITED TO BECOME A MOM SOON