Home News Millions of dollars of stock sales before the big fall from Kelly... 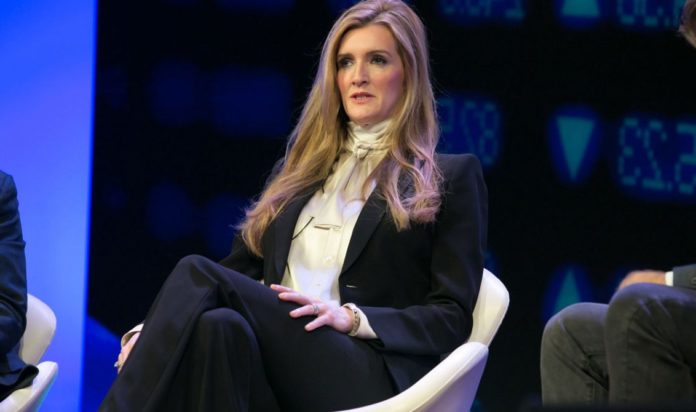 Millions of dollars of stock sales before the big fall from former Bakkt CEO. After losing her Bitcoin platform Bakkt after being a senator in the US House of Representatives, it was determined that Kelly Loeffler sold a large amount of shares before the price collapse in the markets.

Loeffler, the former CEO of the Bitcoin platform Bakkt, arrived on January 24, the day the Senate Health Committee held a meeting on the coronavirus, the Block reported from The Daily Beast.

The first sale was made in Resideo Technologies shares ranging from $ 50,000 to $ 100,000. The company’s stock price has fallen more than half since then. Other sales transactions were shares of Comcast Corporation, Keysight Technologies, Ross Stores and other companies, with amounts between $ 1 million 275 thousand and $ 3 million 100 thousand.

Interestingly, Loeffler initially stated that she did most of these sales on behalf of her husband, founder, president and CEO of the Intercontinental Exchange, and the president of the New York Stock Exchange, Jeffrey Sprecher. On March 12, she said most of the shares were partners.

In the sales report, 22 transactions are listed. There is another report filed on March 12. Here, 23 of the total 25 transactions are sales and only two are purchases. Many stocks reported by Loeffler’s sales have lost their value in the recent market crash.

She claimed she was unaware
Loeffler, on the other hand, responded to her reactions to the issue on Twitter Thursday evening and said, “This is a ridiculous and baseless attack. I do not make investment decisions for my portfolio. Investment decisions are made by multiple third-party consultants without my knowledge or participation. As stated in the Ethics Report sent to the Senate, I was informed about these sales 3 weeks after they were made. ”

Loeffler was appointed Georgia Senator in January. Since then, she has been examined on various topics. The Loeffler’s committee supervises the Commodity Futures Trading Commission (CFTC), which regulates the Intercontinental Exchange, the company of her husband Jeffrey Sprecher.

Remarkably, during her appointment, Loeffler requested to extend the annual financial statements report. As a result, a 90-day extension was made and a full summary of its financial situation will be made public on May 5th.

Loeffler became the second senator, which was determined to have sold millions of stocks weeks before the market’s big drop. Senator Richard Burr (Republican-North Carolina), who chaired the Senate Intelligence Committee, reportedly sold between $ 500,000 and $ 1.5 million last month.

The first trailer of the new Mortal Kombat movie has been...