Home Entertainment Millie Bobby Brown Told How She Is No Longer Upset Because She... 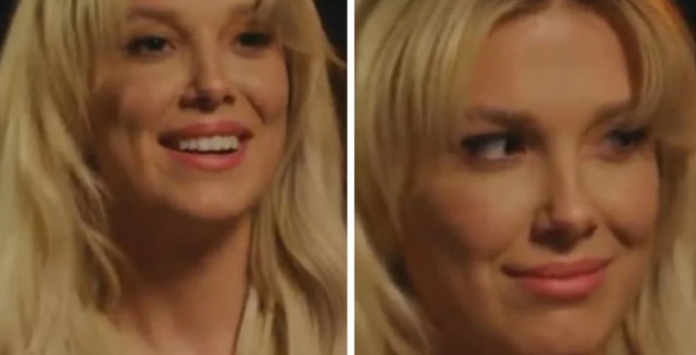 Hollywood is a difficult place to survive. Before being successful, most actors have to go through thousands of rejections to get the final “yes”. Rejections are a hard pill to swallow, but the only way is grinding. The star of “Stranger Things” Millie Bobby Brown learned a lesson pretty quickly in her career. Starting out as a child actor, she was pretty hopeless after countless rejections until she got into “Stranger Things.”

However, did you know that she tried herself in “Game of Thrones”? If she got the role, her career might look a little different now. Although we are almost sure that she would still dazzle the audience. Recently, an 18-year-old girl went to the Vanity Fair studio to take a lie detector test, where she talked about her attitude to the HBO show.

The owner of Florence by Mills passed a lie detector test, where she was asked to truthfully answer about her feelings for the finale of the popular series “Game of Thrones”, as well as that she does not follow the spin-off “House of Dragons”. She admitted that she hadn’t watched the show, so she couldn’t comment on the ending. The interview also prompted her to ask if she still holds a grudge against the show for not getting the role she wanted so much. To which she admitted that she was not upset because she did not get the role of Lianna Mormont.

For those who don’t know, Millie Bobby Brown auditioned for the role of Lianna before trying out for the role of Eleven. The part was about a stubborn girl who was cruel and loyal to the Starks. As a result, Brown lost the role to Bella Ramsay. But, nevertheless, after she got the role of Eleven, everything went well for the actress. Her role in the Duffer Brothers series has already earned her an Emmy nomination. The actress stars in high-profile projects such as Godzilla and Enola Holmes. For her next one, she’s working with the Russo brothers!

Can you imagine Brown as the leader of Bear Island?

What Would Kratos Look Like If He Had Hair?