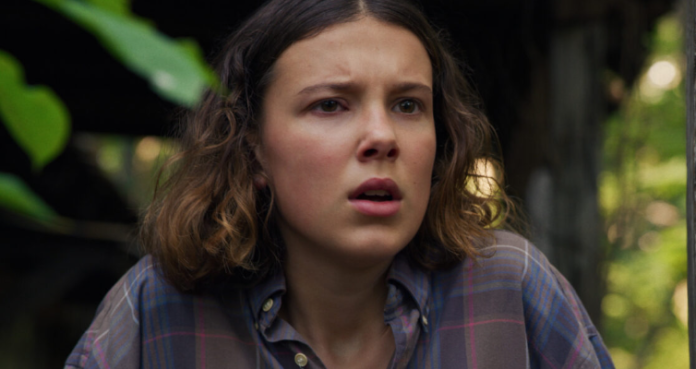 Despite the fact that this show mainly revolves around children, “Stranger Things” has never given up on terrible visual effects. From gratuitous violence to a series of gruesome murders, there is no shortage of heartbreaking moments in the series. Even as viewers, the death of our favorite characters on screen made us cry in bed. We can’t even imagine how actors like Millie Bobby Brown felt when they filmed these scenes.

Recently, the teen actress spoke about how she felt saying goodbye to other characters. Even though it became commonplace as the series progressed, the Enola Homes star found it particularly difficult to deal with several harrowing deaths in the series.

On October 30, MillieBobbyBrown gave an exclusive interview to Entertainment Tonight. Basking in the glory of the premiere of “Enola Holmes 2”, the 18-year-old actress even talked about her grandiose show on Netflix. From fan theories to deaths on the screen — the conversation became a little emotional.

When asked about how she says goodbye to her friends and colleagues in the film, she specifically mentioned two characters whose death affected her greatly. “Yeah, sometimes it sucks. I loved Billy. I loved Dacre Montgomery, who was killed in the third season,” Brown shared. She even illustrated how “very hard” it was to let him go.

Billy joined the fantasy series in the second season as the older brother of Max (Sadie Sink). Presented as the main bully, his arch has turned from scary and despicable to misunderstood. As soon as he redeemed himself, he was killed.

Another death that claimed the lives of the star of “Godzilla vs. Kong” is the death of Dr. Martin Brenner, also known as Papa.

Having been a part of “Stranger Things” since the first season, Dad was definitely not a hero. Sure, he was as manipulative as possible, but he also had layered characteristics. Matthew Modine’s flawless and subtle performance made him a fan favorite, and his death made us all a little sad.

Which deaths from “Stranger Things” affected you the most? Let us know in the comments. Since the fifth season is still a long way off, you can review the first four seasons on Netflix.