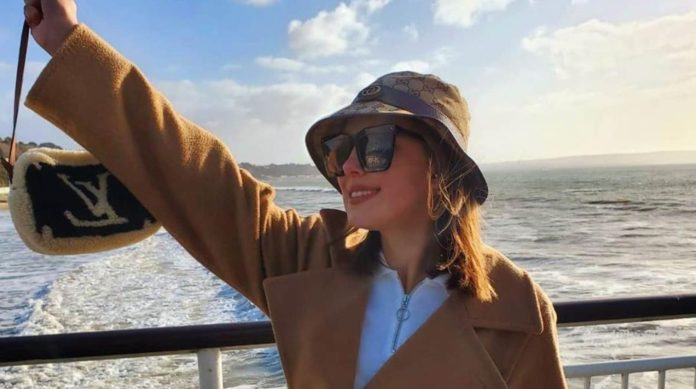 Millie Bobby Brown seeks to be part of the change to spread love instead of hate.

The protagonist of the Netflix series Stranger Things is close and the actress decided it was time to stop those who felt the freedom to send inappropriate comments.

Millie Bobby Brown has been under the spotlight from an early age, so she has faced comments from reporters, viewers and all kinds of people . Sadly those comments are not always good, on the contrary, sometimes they tend to be very out of place.

The actress, who recently turned 16 , shared a video through her personal Instagram where she showed different moments throughout her life and, of course, her acting career. But that was not all, it also included some of the headings where it has been criticized , showing that, although for some it might seem irrelevant, the situations to which it has been rimmed are often difficult to handle, even more so for someone so young .

In addition, the girl shared a message in which she motivated her followers to be part of ‘the change’. Millie is sure that it is time for current generations to change and become promoters of good deeds instead of trying to take down anyone who is struggling.

“Our world needs kindness and support for children to grow and succeed. The last few years have not been easy, I admit it. There are times when I feel frustrated by inaccuracy, inappropriate comments, sexualization and unnecessary insults that have finally caused me pain and insecurity. But I will never be defeated.”

The comment of the actress was very successful and well received by her followers, who supported the girl’s words and came out in her defense against the attacks she has received.

16 has felt like a long time coming. i feel like change needs to happen for not only this generation but the next. our world needs kindness and support in order for us children to grow and succeed. the last few years haven't been easy, I'll admit that. there are moments i get frustrated from the inaccuracy, inappropriate comments, sexualization, and unnecessary insults that ultimately have resulted in pain and insecurity for me. but not ever will i be defeated. ill continue doing what i love and spreading the message in order to make change. let's focus on what needs changing and I hope this video informs you on the things that go on behind the scenes of the headlines and flashing lights. dont worry I'll always find a way to smile 😉 leggo 16 ♡.