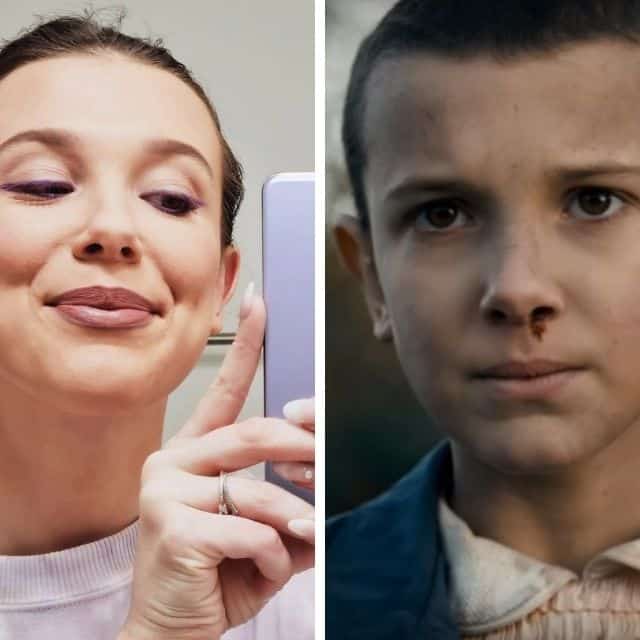 Millie Bobby Brown has come a long way since the first episode of Stranger Things … Here is the evolution of the interpreter of Eleven!

Millie Bobby Brown is no longer a child. If everyone knew her from the Stranger Things series, when she was just a little kid, the teenager has grown up. It is therefore quite astonishing to see its evolution since time.

No need to introduce the famous Millie Bobby Brown to you. Indeed, this piece of young woman remains the revelation of the successful Netflix series: Stranger Things.

She is not the only star in the cast, however. Although the public was fond of the young woman she has become, to say the least.

Much like her on-screen character, Eleven, the Briton was able to grow and transform. Proof of this is that she has nothing to do with the baby she was at the start of the series.

As a reminder, she therefore embodied a young woman with superpowers. A heroine, young but courageous, who saw all the colors in Stranger Things.

Today, the young teen has a whole lot of projects under her belt and proves to us that she is not quite the same. So here’s how Millie Bobby Brown has evolved since the start of her career.

17-year-old Millie Bobby Brown has had an exemplary career. Let’s remember the year in which she got to know the general public: 2014.

It wasn’t until two years later that the first episodes of Stranger Things came out. Suffice to say that a boulevard has opened, as have many doors in the industry.

We knew her at the age of twelve, with a shaved head and very youthful features. On Instagram, we see her grow up and become the woman she will be tomorrow, beautiful as ever.

Two years before the hit series, she was already on the red carpet with her performance in “Intruders”. This is the start of the glory.

We see her in 2017 at her first Golden Globes ceremony, then 14 years old. Very classy, ​​she shone brightly in her gray dress.

Meanwhile, Millie Bobby Brown continues her grandiose rise in her main series. Beside, she becomes the face of Calvin Klein while the contracts follow one another.

Besides acting, the actress has another love: humanitarianism. She therefore very quickly gets involved in causes that are dear to her and uses her voice to support the communities she defends.

At only 14, she was already defending human rights through the UN. In fact, she became its ambassador, which is not so much of a surprise …

Anyway, Millie has grown quite a bit since then and it doesn’t make us any younger at all. What is certain is that her talent as an actress is matched only by her heart of gold.