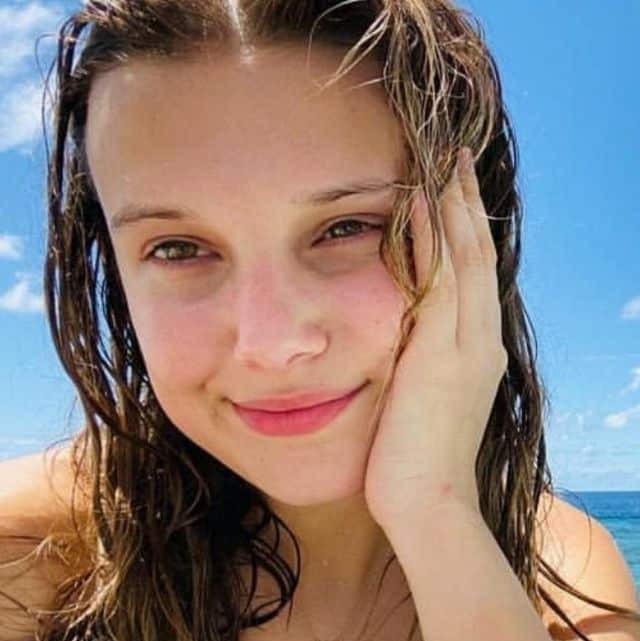 Millie Bobby Brown has a bright future. From the top of her 17 years, she could star in a new movie, called “The Girls I’ve Been”.

From the top of her 17 years, the young actress Millie Bobby Brown multiplies the projects. And it’s not over. She could star in a movie, called “The Girls I’ve Been”.

As you know, she first rose to prominence for her role in the Stranger Things series. Indeed, the public discovered her in Eleven’s shoes. Millie Bobby Brown subsequently played the character of Enola Holmes on the show, on Netflix.

From then on, the young woman showed the audience that she could play very different roles! In fact, since the film’s release on the platform, Millie Bobby Brown has looked busy.

Indeed, the latter devotes a lot of time to charitable activities. She is even an ambassador to UNICEF. Just that !

Not to mention her cosmetics brand, which she called Florence, in tribute to her great-grandmother. It’s really cute!

However, we learn that Millie Bobby Brown could take on the lead role in a movie again very soon.

Millie Bobby Brown main character in “The Girls I’ve Been”?

MILLIE BOBBY BROW WILL START IN “THE GIRLS I’VE BEEN”!

Indeed, Millie Bobby Brown could star in the movie “The Girls I’ve Been”. It tells the story of Nora, the daughter of a crook.

At the bank with her ex-boyfriend and current girlfriend, the awkward date turns into a deadly nightmare for Nora, when thieves attempt to take them hostage during their heist. Lucky for her, thieves have no idea who they’re dealing with. She will then have to pull out her biggest scam to get her and her friends to safety.

If the summary is mouth-watering, you should know that this film will be based on a book by Tess Sharpe. “Tess Sharpe’s books are always sharp, her characters and her writings are clear and sophisticated. And this is especially true in this novel, ”wrote May, a reviewer who gave the book high marks.

“I love her portrayal of girls. Morally gray, a little broken but still struggling to survive. The way she writes about trauma and abuse in “The Girls I’ve Been” is heartbreaking and nuanced. And I appreciate the way Sharpe never shies away from the messier sides of survival and treats the characters with such grace and respect. ”

But according to the Deadline site, Millie Bobby Brown could be the main character in this Netflix movie. And if that weren’t enough, Jason Bateman could be the producer.

Did that make you want to watch this future movie?

BTS DISCLOSES WHAT WILL BE THE CONTENT OF ‘MAP OF THE...