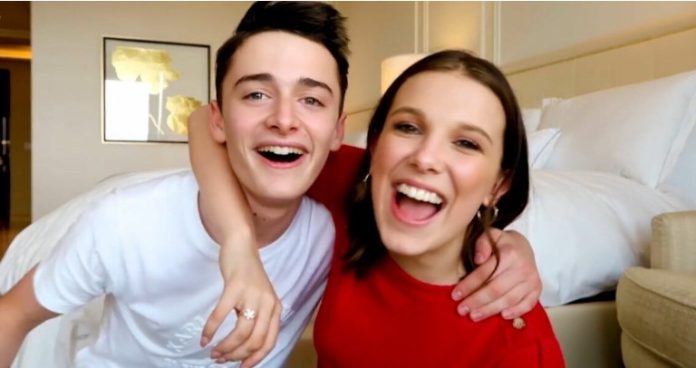 Is Noah Schnapps a master of guilt? The actor of the TV series “stranger things” is known for his cheerful character, similar to his close friend and colleague in the film Millie Bobby Brown. He played the role of shy young Will Byers, who was to play a significant role in the first season of the show. His acting skills eventually led to him becoming part of the main cast.

Along with the success of the show, each cast has become widely known, gaining a lot of fans due to its uniqueness. Noah and Brown became good friends on the set of the show. The duo have even appeared together in interviews and social media posts, so they probably know each other well. In a recent interview, Noah was asked a question that gave some revelations about him.

The last season of “Stranger Things” is still far from us. Meanwhile, co-stars Noah Schnapp and Millie managed to entertain us. They recently appeared on the Tonight Show with Jimmy Fallon. In a special round, all three played the game “True Confessions”. The game gives a statement about one participant. And the rest must answer whether it is true or false.

Noah read his question out loud: Millie started looking for an answer, asking him a counter question: “Why did you make him stumble over a sense of guilt, he didn’t want to follow you?” That’s when Noah dropped the awkward Instagram story.

Singer Shawn Mendes is a big fan of the TV series “Stranger Things”, as he subscribed to almost all the main characters on Instagram. All except Noah Schnapps. Therefore, the latter sent the singer a direct message in which he expressed his “restrained insult” due to the fact that he was not persecuted.

The Mercy singer responded by telling Schnapps how much he loved him, and eventually started following the actor. Despite his story, Millie Bobby Brown and Fallon had a hard time digesting the truth, as all three laughed for a long time.

What do you think of Noah Schnapps’ story about guilt-inducing Shawn Mendes? Let us know in the comments.