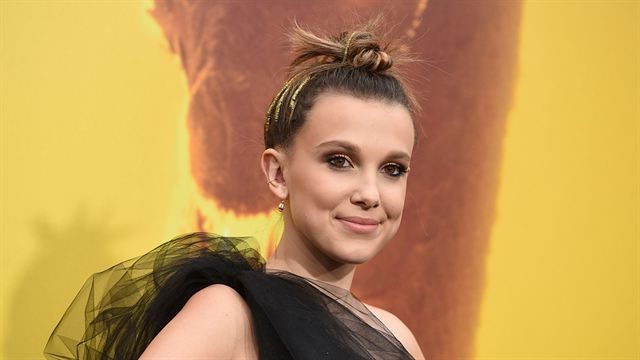 You might not have known it, but Millie Bobby Brown shared her first kiss with her co-star Finn Wolfhard for the needs of the Stranger Things series . A very embarrassing situation for the young actress. But let it be said, this is not the only time when the 16-year-old actress had to get out of her comfort zone. Indeed, to interpret the role of the essential Eleven, the pretty brunette had to give up her beautiful hair by shaving her head. A real challenge for the one who was only 12 years old. Fortunately, the pretty British was able to count on the support of the cast to support her and convince her to embark on this great adventure . Here is how they got there.

At the time, Millie Bobby Brown’s parents were very worried about their daughter. The reason ? They feared that her hair transformation would be an obstacle to her future professional projects. The actress was also anxious but the creators of the show did not fail to reassure her by comparing her new cut to that of Charlize Theron in the film Mad Max: Fury Road . “Isn’t Charlize badass? You’re going to be badass too,” Matt Duffer told him. After a healthy dose of courage, the teenager finally accepted this role more striking than ever. Elsewhere in the news, discover Noah Schnapp, Millie Bobby Brown and the cast of Stranger Things together in a video not to be missed.

J BALVIN DEMONSTRATES HIDDEN TALENT WHILE HE IS QUARANTINE