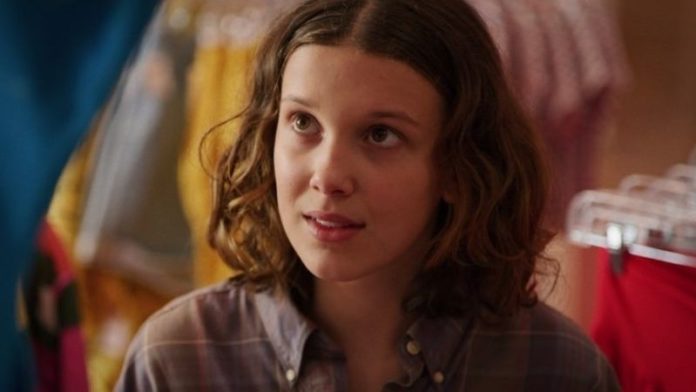 The teenage star surprised with a message on their networks. Millie Bobby Brown is one of the stars of the moment and that reached its full popularity thanks to the teenage public that values ​​all her talent.

Although we have seen her act for several years now, the truth is that the Stranger Things star has just turned 16. But not only does she appear older because of her exterior, but also because of her mature way of behaving and giving her opinion.

Millions of people in the world follow her and see Millie Bobby Brown as a reference, especially those younger. That is why the consecrated actress takes her role in society very seriously and preaches with wise words despite her young age.

Much has been said about the protagonist of one of the most watched series on Netflix . If her look was not according to her age, if her parents exploited her economically or if the world in which she moved was too adult for a little girl. That is why this time she decided to give a clear message about it.

To celebrate her 16th birthday, Brown wanted to tell her fans how she felt during all these years of fame and exposure, and when everything indicated that she was trying to get away, for the tranquility of Stranger Things fans, in the end she said he does not plan to lower arms.

“Yes, girls, 16 🙂 It seems that the 16 have taken a long time to arrive. I feel that there should be a change, not only for our generation, but also for the next one, ” the celebrity began . “Our world needs kindness and that we support each other so that children grow and prosper,” she added.

16 has felt like a long time coming. i feel like change needs to happen for not only this generation but the next. our world needs kindness and support in order for us children to grow and succeed. the last few years haven't been easy, I'll admit that. there are moments i get frustrated from the inaccuracy, inappropriate comments, sexualization, and unnecessary insults that ultimately have resulted in pain and insecurity for me. but not ever will i be defeated. ill continue doing what i love and spreading the message in order to make change. let's focus on what needs changing and I hope this video informs you on the things that go on behind the scenes of the headlines and flashing lights. dont worry I'll always find a way to smile 😉 leggo 16 ♡.

“The last few years have not been easy. I admit that there were times when I felt frustrated reading those comments that were not true and were also inappropriate; insults have become pain and insecurity. But I will not give up. I will continue doing what I love and transmitting this message so that things change. Let’s focus on what we need to change. I hope this video informs you of the things that actually happen, behind the headlines and the spotlights. Don’t worry, I will always find a way to smile. Come on 16, ” Brown wrote .