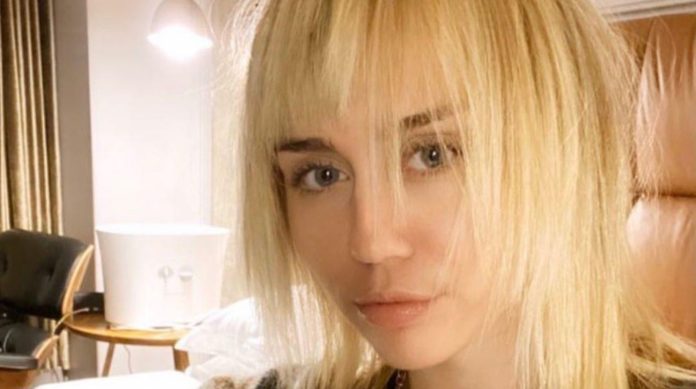 Miley is showing her recent makeover, in which you can see that she has opted for a new dye, and a daring haircut. The young woman intends to end the year with a totally different style. Wow!

On November 25, the interpreter of “Malibu” shared in her stories, the new look with which we will see her from now on, a completely blond hair, covering those brown roots, but without a doubt, what she has called the most fan attention, is the peculiar cut that Cyrus decided to make.

Miley has cut her hair up to her shoulders, with a slightly degraded bangs, giving her a sloppy and messy appearance. A new image made, for what seems to be, his mother.

On November 23, the celeb uploaded a story to her Instagram account, in which you could see how Tish Cyrus, the singer’s mother, was cutting off some locks, it was until yesterday that she could see the result of that day.

Now, the former Hannah Montana, boasts a disheveled bob, mullet style, something that we will not doubt that for the following year, many women choose a style like this.