Home Celebrity Miley Cyrus Single: We Know Why She Broke Up With Kaitlynn Carter 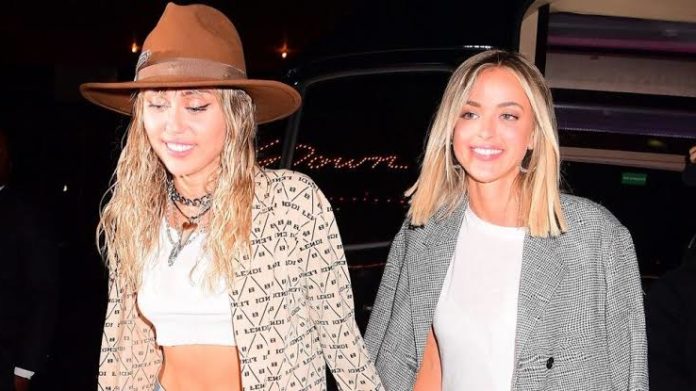 This summer, fans were shocked to hear that Miley Cyrus was breaking with Liam Hemsworth. The singer and the actor had rubbed shoulders for more than 10 years. Then, they were married more than a year ago. Nevertheless, the starlet did not remain single for a long time. Shortly after her announcement, she was in a relationship with Kaitlynn Carter. The two women went out together for a month but the singer ended the relationship.

Miley Cyrus will not stay long with Kaitlynn Carter. Nevertheless, everyone thought she took this story seriously. Rumors announced that they wanted to live together and they were looking for a villa. However, the star wanted to break because she did not want serious relations. Nevertheless, that would not be the only reason for their breakup!

Miley Cyrus Do not Want To Commit More With Kaitlynn Carter!

Miley Cyrus loves Kaitlynn Carter and they were friends before going out together. Nevertheless, the singer did not want to engage more with her. And for good reason, according to the media TMZ, the starlet found that it was “going too fast”! A relative of the singer confided that they had even talked about getting married. So, Miley preferred to distance herself. It’s only been a few months since she’s gone with Liam Hemsworth. As a result, she did not want to commit too quickly to a new relationship.

Nevertheless, Miley Cyrus is no longer single. For several days, the star is close to Cody Simpson and they would be in a relationship. The star turns very quickly the page on his relations. Thus, it worries the fans and they are numerous to the clasher on the net. Nevertheless, the singer did say that she did what she wanted.