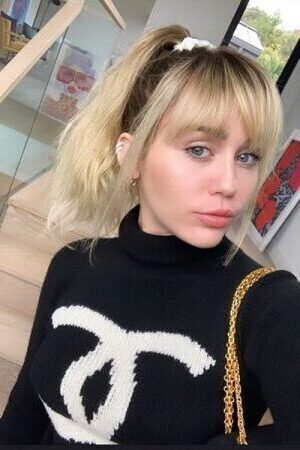 Miley Cyrus sold her house in Los Angeles. The singer did it discreetly. And she didn’t sell it to anyone!

Miley Cyrus sold her house in Malibu. The star would have done so very discreetly.

The singer has put one of her properties up for sale! It is none other than his big house in Malibu. Miley Cyrus owns many homes in California.

In 2015, she bought a property in Hidden Hills for $ 5 million. It then acquired that of Malibu!

The house has a very contemporary style! It has two completely renovated floors. The house is very spacious and has a high ceiling. It even has a suite!

The exterior is 2 hectares. You could say that Miley Cyrus had room. There is also a jacuzzi and a large terrace. What to enjoy the good weather of Los Angeles!

MILEY CYRUS SELLS HIS HOUSE IN ALL DISCRETION

Miley Cyrus has therefore decided to sell one of her houses!

She lived there with her ex-husband, Liam Hemsworth. The singer did not say the reasons for the sale. His separation from Liam may in fact be part of it!

And the new owner is none other than Matthew Wilder and his wife! A coincidence because they were the ones who had sold a property to Miley a few years earlier.

Indeed, Miley Cyrus saw one of her houses burned in Malibu. In 2018, fires in California ravaged his home. This famous villa that Matthew Wilder had sold them. A funny coincidence!

An amicable arrangement. Indeed, Miley Cyrus made a clandestine agreement. They therefore wanted to do things discreetly. We can say that the composer therefore got a good deal!

Jin reveals the process he takes to change his look