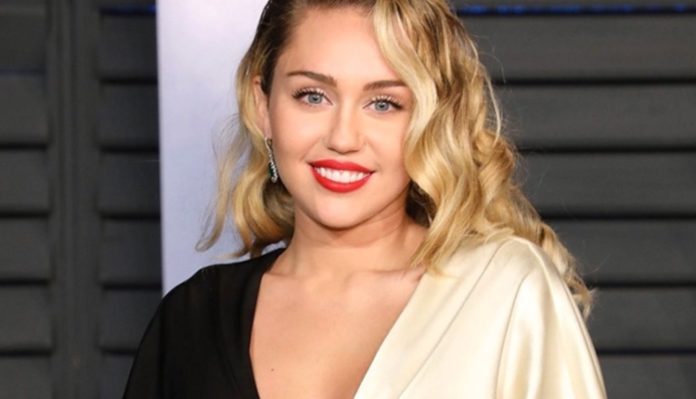 Miley Cyrus caused a sensation by revealing her “Dolly Parton Challenge” on her social networks. You’ll see, her post is worth the detour!

Miley Cyrus never ceases to amuse Internet users! A few hours ago, the star shared her Dolly Parton Challenge her Instagram . Her post is also in her image!

We no longer present Miley Cyrus ! For several years, it has been in the spotlight! She has nothing more to prove in the musical field. Being versatile, the star has also been shown in many films. But in recent months, the singer has rather made a splash with the scandal press. This summer, the interpreter of “The Climb” separated from Liam Hemsworth! The actor would also have had a very bad experience with their breakup. For her part, the young woman took full advantage of her new single life. She cooed for a time with Kaitlyyn Carter!

Subsequently, Miley Cyrus found comfort in the arms of Cody Simpson . Crazy in love with each other, lovebirds enjoy sharing their happiness on the Web. The singer even wrote a song dedicated to her sweetheart. The couple also moved in together. But for the end of year celebrations, a large number of Internet users wondered if they were still in a relationship. If they celebrated Christmas with the family of the singer, for the 31st the two stars celebrated each on their own. But rest assured, Miley and Cody are still together! And everything is rolling for them.

Like many stars, Miley Cyrus is very active on Instagram. On this social network, she has more than 103 million followers! For several days, celebrities and anonymous have succumbed to the “Dolly Parton Challenge”. Their post is made up of 4 photos focusing on famous social networks . For LinkedIn, Internet users are displayed seriously. Regarding Facebook, they hit the pose in a relaxed manner. For Instagram, it’s free. And concerning Tinder, it is preferable that they reveal themselves in their best light!

A few hours ago, Miley Cyrus entertained her followers with her Dolly Parton Challenge. She is also in her image! On almost all the pictures, the star appears completely crazy. Provoc ‘as usual, the singer caused a sensation on the canvas. Her entire community has also unanimously validated her post. “Lol, I love in any case you’re still so hot” , can we read her publication or even: “Your Dolly Parton Chalenge is the most successful” . Well done Miley!

Meghan Markle kept a secret behind the scenes!