Home Celebrity Miley Cyrus: what does her relationship with Cody Simpson look like? 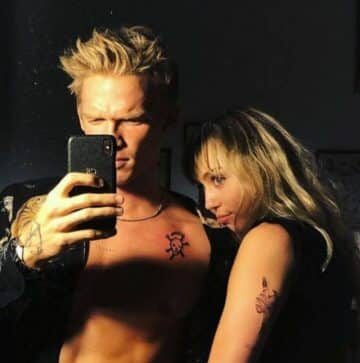 The two lovers Miley Cyrus and Cody Simpson seem very accomplices. We tell you more about their relationship!

Miley Cyrus has always wanted to keep her love life for herself. Many are interested in her private life but the young woman remains very discreet.

But now the pretty blonde is delighted to appear on the arm of Cody Simpson. To return to the serious relationships that the singer had, we obviously count her marriage to Liam Hemsworth.

However, their union will last only a few months. The couple divorced in August 2019.

The same year, the singer frequents Kaitlynn Carter before finally becoming a couple with Cody Simpson. The two lovers seem to be fulfilled.

Indeed, they seem to be very accomplices. We explain to you why.

MILEY CYRUS AND CODY SIMPSON: LOVE IN THE AIR

In fact, several paparazzi shots show that the two young people like to do activities together. They like going out to restaurants together, riding a bike or even walking the dog.

On social networks Miley Cyrus often says that her darling is her best friend! The photos prove once again their complicity.

Since they have been together the two lovers have not been hiding. They don’t mind being photographed on the street anymore.

Especially for Cody who on his side was very discreet before knowing his sweetheart. Their complicity also leads them to be more creative.

Indeed Cody for example released a poem book and even wrote a new song! Obviously he chose Miley Cyrus to direct the clip.

Their passion for music also brings them very close. Also, both share the same values.

Finally, the couple seem really happy. We only wish them happiness!