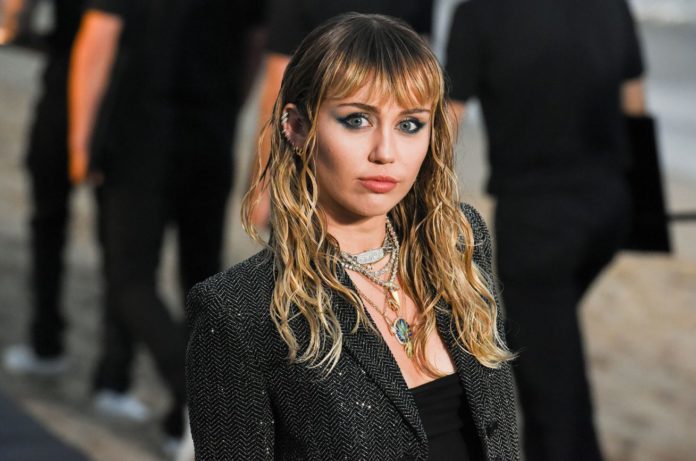 Miley Cyrus seems to start the new year well and she has many projects in mind. The starlet has a whole new haircut.

Miley Cyrus broke up with Liam Hemsworth several months ago and quickly turned the page. The starlet has many resolutions for the year 2020 and she has just cut her hair!

The year 2019 has not been easy for Miley Cyrus. Indeed, the young woman broke up with Liam Hemsworth a few months ago. The star said she was no longer on the same wavelength with her husband. So, she preferred to end her marriage and she is going through a divorce. However, the starlet quickly turned the page and she is in a relationship with Cody Simpson.

Miley Cyrus and Cody Simpson get along very well and the star seems happy with him. Indeed, they are inseparable and they even get tattoos together. The starlet seems very well in her new relationship and she is fulfilled. Besides, for this beginning of the year 2020, it has made some resolutions. The starlet chose to cut her hair and she announced a new project!

MILEY CYRUS: NEW HAIR CUT FOR THIS BEGINNING OF THE YEAR!
The American singer wasted no time in announcing her resolutions for the year to her fans. First, Miley Cyrus cut her hair and she no longer has her long blonde hair. Instead, the latter opted for a square and has a fringe. Nevertheless, it seems that she wanted to keep the same color since she is still blonde. In any case, his cut is successful and his fans liked it a lot. “I love your new cut! Said a fan. “Amazing, as always,” said another subscriber.

BTS and their awards at the 2022 Golden Disc Awards, which...

Burger King changes its logo and is not unanimous!