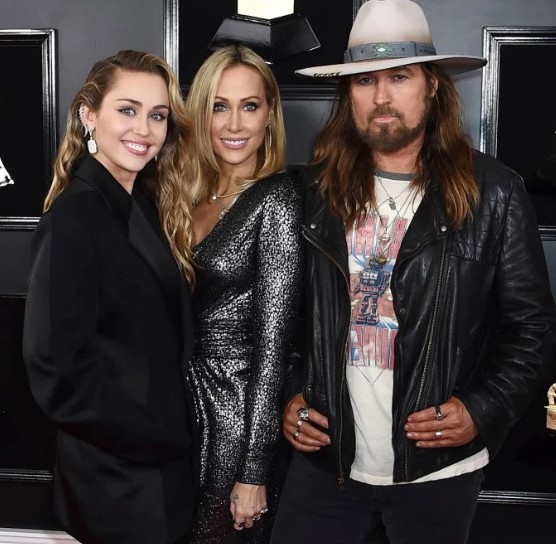 According to court documents obtained by the Us, 54-year-old Tish filed for divorce on Wednesday, April 6, in Williamson County, Tennessee, citing “irreconcilable differences.” In her statement, the actress claimed that she and the 60-year-old “Achy Breaky Heart” singer lived in separate houses and “did not live as husband and wife for a continuous period of more than two years.” Tish also demanded “a fair division and distribution of all family assets” and asked that her separate property be provided to her.

The Tennessee native also filed a restraining order against their family property, which prevents her and Billy Ray from transferring or hiding any of their assets, and also requires that they do not harass each other and do not make disparaging remarks in front of their children.

The couple, who share children Miley, 29, and Brandi, 34, Trace, 33, Brayson, 27, and Noah, 22, have previously announced their separation twice. In October 2010, Billy Ray filed for divorce before dropping the filing in March 2011. “I refused to get a divorce,” the Hannah Montana graduate said during an appearance on The View at the time. “I want to get my family back together… Everything is better than ever.”

However, two years later, the producer independently filed for divorce, citing “irreconcilable differences at that time.” “This is a personal matter and we are working to find a solution that is in the best interests of our family,” Tisch said in a statement in June 2013. “We ask you to respect our privacy at this time.”

The following month, Us confirmed that the duo had reconciled after attending couples therapy together.

“We both woke up and realized that we love each other, and decided that we wanted to stay together. We both underwent couples therapy, which we haven’t done in 22 years of living together, and it brought us closer and really opened up amazing opportunities for our communication,” said a representative of the “Old Town Road” performer in a statement at the event. time. “Tish also said that marriage can be very difficult, especially after 22 years of working in entertainment. We had a difficult time, but we both realized that we don’t want to be another statistic and we want it to work.”

Tish and Billy Ray tied the knot in their living room in Franklin, Tennessee, in December 1993. Miley followed in their footsteps when she married Liam Hemsworth at the same venue in December 2018, although they split up just seven months later. (Miley has since moved on to drummer Max Morando, and Hemsworth, 32, has been dating model Gabriella Brooks since December 2019.)

After his first breakup with Tish, Billy Ray admitted to GQ that he had drifted away from Miley in the years since Hannah Montana ended. “The damn show destroyed my family,” the Dancing with the Stars graduate said at the time. “Everything is sad.”

In June 2013, Miley hinted at family tensions via Twitter. “Billy Ray Cyrus, since your message and email are obviously not working, would you like to talk like this?” she asked. Despite her harsh message, Billy Ray told E! News in April of the same year that he and the “We Can’t Stop” singer had a close relationship: “I like being her dad and her friend right now. I like the state of our relationship right now. I am very proud of her.”

GOT7: What will happen to the members after the contract ends?