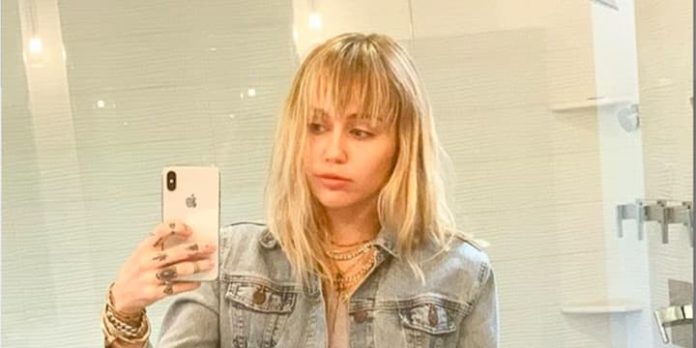 Better laugh than cry! Indeed, Miley Cyrus has just made fun of the short duration of her marriage to Liam Hemsworth…

Months after their separation, Miley Cyrus and Liam continue to make the buzz! Indeed, Miley Cyrus just ironicized about her divorce on Instagram! A behavior that is not likely to please his ex!

Indeed, the singer has just responded to a fan who had written in his bio. “I want to marry Miley Cyrus in 2020”. The latter replied. “It probably won’t last long. But I’m always ready to try. You miss 100% of the chances you don’t catch. ”

MILEY CYRUS AND LIAM HEMSWORTH ARE BOTH GOING TO SOMETHING ELSE
Following their separation, the former couple quickly rebounded! Miley Cyrus with Cody Simpson and Liam Hemsworth with Maddison Brown, an actress who can be found in the Dynasty series, on Netflix. After various clashes and scandals in the press, the former lovebirds are now hoping that the tensions between them will ease. “They’ve both calmed down and want to stay friends. Liam just wants this chapter to close to move on. As for Miley, she wants to focus on herself. She promised to be friendlier and less mean with Liam and her new girlfriend Maddison! “A relative told Radar Online

Internet users, however, still seem nostalgic for the former couple. Indeed, some even think that there is a chance that Miley Cyrus will fall back into the arms of the handsome Australian. It would not be the first time, by the way! Indeed, for almost 10, the two ex did nothing but separate and get back together … Case to follow!

GOT7: His History of Girlfriends, Dating and Love Rumors

Kim Kardashian wants to talk about her divorce!