Home Celebrity Miley Cyrus: her ex Liam Hemsworth gets hit on by a famous... 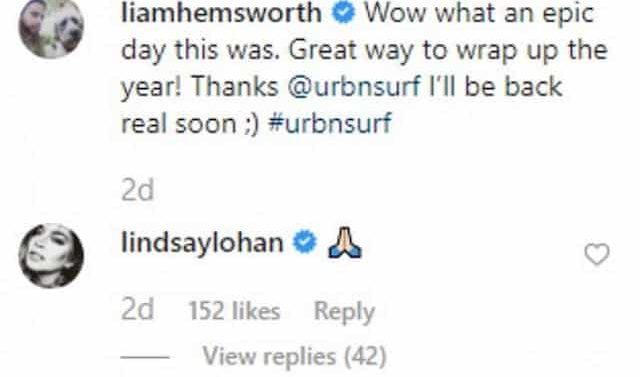 Miley Cyrus and Liam Hemsworth broke up several months ago. The Australian actor is very popular with American actresses!

This summer, Miley Cyrus broke up with Liam Hemsworth and she turned the page with her marriage. For his part, the actor knows a big success on the side of actresses!

Miley Cyrus fans were all shocked when they learned of the end of her marriage to Liam Hemsworth. In fact, the two stars were married more than a year ago and they were very much in love. They often made love declarations on social media and they seemed to be accomplices. However, the singer chose to break up because they were no longer on the same wavelength.

Since then, Miley Cyrus has been in a relationship with Cody Simpson and she seems to love her romance with the singer. Indeed, the latter are inseparable and they are displayed together on social networks. For its part, Liam Hemsworth took more time to turn the page. However, for several weeks, rumors have announced that he would be in a relationship with Gabriella Brooks. However, the actor seems to be popular with women and especially actresses. And for good reason, a famous actress would have views on Liam!

THE EX OF MILEY CYRUS IS CRACKING THE HOLLYWOOD ACTRESSES!
Liam Hemsworth is very successful with the female gender. Indeed, it seems that the ex of Miley Cyrus caught the eye of Linday Lohan. Several days ago, the actor posted a nice photo of him under the sunset. He posed with his brother and Lindsay Lohan took the liberty of leaving him a message. “Why didn’t we meet in Sydney or Bondi? ” did she say. So, it seems that the starlet is close to Liam and that she would like to spend time with him.

Nevertheless, Miley Cyrus’ ex did not reply to the message and he does not seem interested. In fact, Liam Hemsworth was in Australia at the same time as Lindsay Lohan. This explains why she sent him a little message. However, there is nothing to say that they did not speak in private and that they did not spend a little time together!

Suga is chosen to compete in The Most Beautiful Faces …