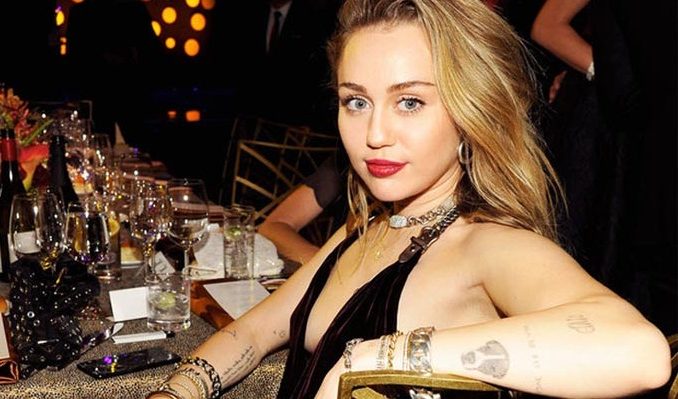 Miley Cyrus has been in a relationship for several months with Cody Simpson. The singer is embarking on a whole new project for this year 2020!

Cody Simpson has grown in popularity since dating, Miley Cyrus. The singer has just unveiled his brand new project and he is very proud of it!

Miley Cyrus ended her marriage to Liam Hemsworth and she quickly turned the page. Indeed, the latter went out with Kaitlynn Carter before becoming a couple with Cody Simpson. Since then, the singer seems to be in a good relationship and she is making the most of her new life. In addition, she appears inseparable with her darling and he has grown in popularity in recent months.

Cody Simpson is more popular than ever on social media and has gained many followers since dating Miley Cyrus. The young man is known for making music but he chose to embark on a new project. For this year 2020, Miley’s darling made a big announcement. Indeed, he will leave music aside a little to devote himself to writing!

Check out the cover of my first published collection of words. The first of many books in my lifetime. I am so beyond stoked. Becoming a published writer is the ideal beginning to a new decade & the highest of honours. Pre-order it at the link in my bio! In stores April 7. @princeneptunepoet

MILEY CYRUS: HIS DEAR LAUNCHES INTO POETRY!
Cody Simpson has hidden talents. Indeed, Miley Cyrus’ boyfriend seems to love writing and he has announced the release of a book. For months, the young man has been working on this project and he has just revealed the title of his first book: Prince Neptune. So, in this book, he wrote several poems and fans will be able to discover a little more about his universe. In any case, he seems very proud of the result and he hopes to be able to release other books in the years to come. “Look at the cover of my first publication of words. The first in a long series of books in my life, “she said on Instagram.

Thus, Cody Simpson embarks on poetry and he plans to release the book on April 7. Anyway, Miley Cyrus’s boyfriend’s fans are very happy for him and many have congratulated him. You can imagine that they will not hesitate to buy his work. “It’s so cool Cody! Said a fan. “Well done man,” said another surfer.