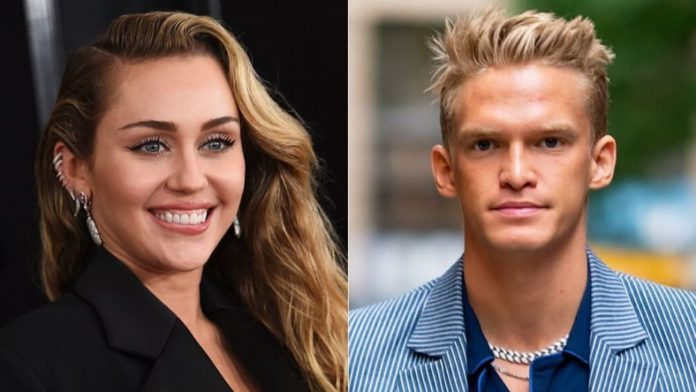 This summer, Miley Cyrus announced her breakup with Liam Hemsworth. The two stars have been dating for over ten years and it has been a year since they were married. The fans were shocked to learn of their breakup and the starlet quickly turned the page. Indeed, she went out with Kaitlynn Carter before becoming a couple with Cody Simpson.

Miley Cyrus has been in a relationship with Cody Simpson for several months and everything seems to be going well between them. Indeed, the two stars are inseparable and they often appear together on social networks. In addition, the star can count on the support of her boyfriend and she seems very happy by his side. Cody is more popular than ever since he was in a relationship and he keeps igniting the canvas!

MILEY CYRUS: HER DARLING APPEARS SHIRTLESS AT THE POOL!
It’s official, Miley Cyrus divorced with Liam Hemsworth and she can finally live her life fully with Cody Simpson. For his part, the singer continues to make his fans blush with his sexy photos. Indeed, the latter very often poses shirtless on social networks and he loves to highlight his dream body. Cody is athletic and he often shares his sports sessions. So, this time, the latter posed at the pool and he seems very serious.

Cody Simpson loves sports and seems very good at swimming. Thus, he increased the temperature by appearing shirtless at the pool. The latter strikes a pose under the California sun and he seems to be making the most of his sports session. Then, fans will be able to see Miley Cyrus’ boyfriend tattoo. Indeed, he got a skull tattoo on his chest and he leaves no one indifferent. “Prince Neptume you look good,” said a fan. “The king,” said another fan.

Kourtney Kardashian leaves her leather coat open and puts all her...