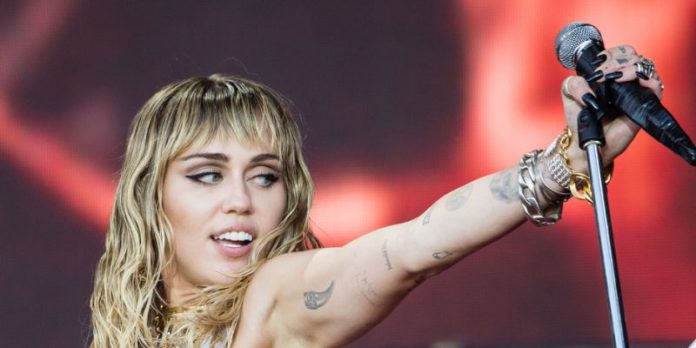 On her Instagram account Miley Cyrus wanted to express her congratulations to her father and to Lil Nas X for their 2 Grammy Awards.

Miley Cyrus did not want to show up at the Grammy Awards . However, she wanted to congratulate her father and Lil Nas X for their 2 trophies!

Sunday, January 26 was the 62nd Grammy Awards. The sublime Alicia Keys therefore took possession of the Staples Center in Los Angeles to reward the music stars. Besides, Billie Eilish was the big winner of this ceremony since she won 5 trophies. While the 18-year-old girl won all the awards, Lil Nas X was nominated in 6 different categories.

Besides, this one caused a sensation on the red carpet. Dressed in a flashy pink Cowboy costume, the rapper set the scene on fire. Indeed, studded leather jacket and belt corset conquered the audience of the ceremony. Known for his title Old Town Road featuring with the father of Miley Cyrus , the two stars have won two trophies thanks to their tube!

Congrats to my dad @billyraycyrus and baby brother @lilnasx on their 2 Grammy awards!!!!!! ( P.S. couldn’t one of y’all Grammy winnin’ fuckers tell me I have pizza on my shirt at the damn function!)

MILEY CYRUS CONSIDERS LIL NAS X AS HER LITTLE BROTHER!
“ Congratulations to my father @billyraycyrus and my little brother @lilnasx for their 2 Grammy Awards !!!!!! “ So wrote Miley Cyrus under the post aimed at highlighting the talent of the two musicians. On the photo, we can then see a moment of complicity between the three artists. Everyone wears a different cowboy hat. True to herself, Miley Cyrus stands in the center, sticking out her tongue.

Meanwhile, the rapper smiles shyly at the camera while Miley Cyrus’ father seems really jaded. Small eyes, closed mouth and straight hair. This is the effect that Billy Ray Cyrus gives to photography. In any case, the young woman seems very proud of her father and the young man! Congratulations to them!