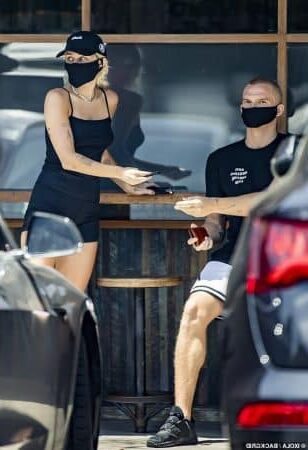 Miley Cyrus and Cody Simpson have been in a relationship for several months. The two stars posed in an all black look!

Miley Cyrus and Cody Simpson have been dating for several months. The singer displayed herself in an all black look with her darling.

A year ago, Miley Cyrus ended her story with Liam Hemsworth. The two stars had been dating for over ten years and they had just gotten married. Nevertheless, the singer drew a line under her marriage.

It’s been a few months since Miley was officially divorced and the star quickly turned the page. Indeed, she is in a relationship with Cody Simpson and everything seems to be going well between them. They don’t hesitate to look sexy together.

The two stars spent containment together and they became inseparable. So, it’s not uncommon to see them pose together and they ignite the canvas. Anyway, Miley looks happy in her new relationship and she takes her story very seriously.

Besides, Tuesday June 16, Miley Cyrus and her sweetheart went for a stroll in Los Angeles. The two stars did not hesitate to match their outfits!

MILEY CYRUS MATCHES HER OUTFIT WITH THAT OF HER BABY!

According to the Daily Mail, Miley and Cody were in Calabasas for coffee. The two stars were dressed all in black and they did not forget to wear a mask of the same color.

Thus, the singer was in shorts and a tight tank top and her outfit highlighted her pretty forms. Then she wore a black cap with the words “Daddy” on it.

Then, Cody Simpson wore an oversized black t-shirt with the words “Anti Drilling Surfing Club”. The singer is always very committed to the planet. So he wanted to protest in his own way against drilling near the coast.

Like Miley Cyrus, Cody also wore a black mask and they were rather classy in their outfits. The couple still seem to be in sync and they have been fighting together for several days against racism and police violence in the United States.