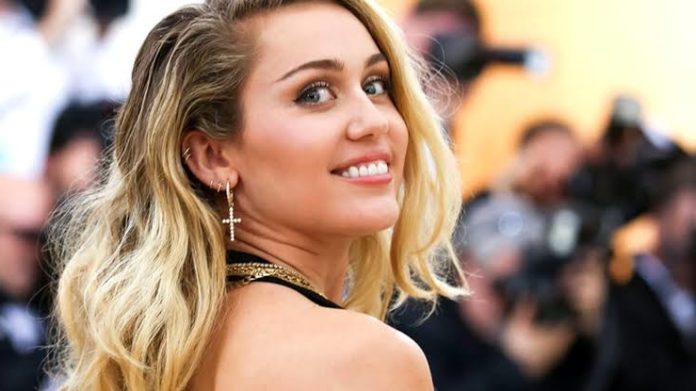 Miley Cyrus has been dating Cody Simpson for a few months. After a very complicated period and a divorce with her ex Liam Hemsworth, the singer is finally happy in her life. We tell you!

Indeed, the 27-year-old star seems to have forgotten everything about her previous relationship with Liam Hemsworth. After almost 10 years of relationship with the same man, Miley Cyrus found love in the arms of Cody Simpson. From the beginning, the young couple live at 100 km / h and even grill some stages. Moreover the couple celebrated Thanksgiving together this Thursday, November 28, surrounded by the family of the singer.

It is thanks to the clichés of Noah Cyrus on the social networks that have grilled the couple. On these pictures have them sitting opposite each other, alongside other family members. “Extremely grateful for everyone around this table (a sober Thanksgiving, we stay hydrated,” said Miley’s little sister in legend.) This has a real meaning because it’s a family celebration, but the singer has decided to be alongside his lover’s!

MILEY CYRUS AND CODY SIMPSON IS CRAZY LOVE!
It must be said that this relationship is very good to Miley Cyrus, the young woman found herself. She looks much more stable than before by being with Cody. According to one source, the couple seems very fulfilled. “They have a very simple relationship. They see each other as soon as they can, and when they are separated, everything is fine too. It works for both, “he said.

After a very tough divorce with Liam Hemsworth, Miley Cyrus finally turned the page. A heavy love affair that has profoundly changed her, but now she appears happy and well in her skin. According to some media, her ex-husband would have completely “ghosted”!

Celebrities In The List Of The 50 Most Influential Persons

RSGloryAndGold Has Died At The Age Of 69