Home Celebrity Miley Cyrus: when Cody Simpson appears between her thighs for her birthday! 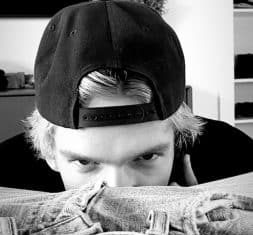 Miley Cyrus celebrated the birthday of her darling Cody Simpson properly. She shared a very hot photo on social networks!

Miley Cyrus has been in a relationship for several months with Cody Simpson. The singer celebrated her darling’s birthday and posted a sexy photo!

Last summer, Miley Cyrus ended her marriage to Liam Hemsworth. The starlet and actor were married more than a year ago and everything seemed to be going well between them. However, Miley chose to break up because she was no longer on the same wavelength with her husband. Since then, she has been in a relationship with Cody Simpson and the two stars keep increasing the temperature on social networks.

Cody Simpson has been more popular than ever since he dated Miley Cyrus. The two stars often post together on social media and they are in love. Indeed, they have already had a few tattoos together and they are inseparable. In addition, the singer did not fail to wish her darling a happy birthday. So, on January 11, she posted a hot photo!

MILEY CYRUS SHARES A HOT PICTURE OF HER WITH HER DEAR!
Saturday January 11, Cody Simpson turned 23 and celebrated his birthday with his sweetheart. So Miley Cyrus posted a hot photo of her with her boyfriend on Instagram. Indeed, we find her lying down and she reveals her flat stomach. Nevertheless, Cody is between her thighs and the photo is meant to be sexy. In addition to posting a somewhat provocative snapshot, the star made a nice dedication to Cody. “Happy birthday to my best friend from around the world. I love you and our pirate life as well, “she wrote.

So, Miley Cyrus made a lot of headlines this weekend with this sexy photo. In any case, the couple seems more united than ever. The starlet quickly turned the page with Liam Hemsworth and she seems happy with Cody Simpson. For his part, the Australian actor no longer seems affected by his separation from Miley. Indeed, according to Cosmopolitan, he would not seek to get in touch with her and he no longer follows her on social networks.