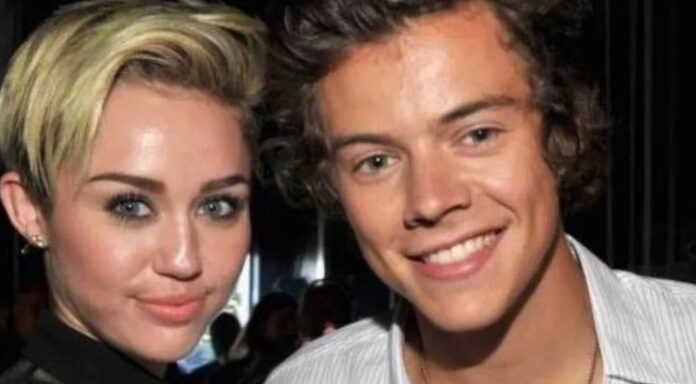 The Hanna Montana interpreter believes that she and the British share many things in common that make them very compatible.

Miley Cyrus chooses Harry Styles as her best life partner, the singer also admitted that she prefers to kiss the British and share a life together, since they have similar tastes.

The ex Hanna Montana has been promoting her new album “Plastic Hearts” and during the Christmas holidays she met for some interviews, one of them revealed that the One Direction member could have a great compatibility with her, she even chose it over her great friend Justin Bieber.

Miley Cyrus wants to share a life with Harry Styles … During her appearance on the radio show Heart, the singer faced a game called “What do you prefer?” and he had no problem choosing the star of”Fine Line” as the boy most compatible with her, even the host Mark Wright joked about playing cupid for the two, but she refused.

Despite the fact that Justin Bieber is one of her greatest acquaintances, Miley admitted that it would be strange for her to mate with him, since she considers him family. With Harry Styles, the singer confessed that he looks sooo good and if he had to kiss someone it would be with the British, some fans agreed with his choice.

After her choice for the best kiss, Miley Cyrus explained why she chose Harry Styles, as she considers that both have similar tastes and it would make sense, since they share the same style of dressing and would have no problem sharing life and a wardrobe together.

It is not the first time that Miley and Harry Styles show they have great chemistry to get along with each other, during the time of One Direction they were both photographed in some awards, the British even chose her as his inspiration for his Halloween costume in 2013. Their personalities are very compatible, but until now they have never struck up a friendship.

On social media, the fans supported her decision, even joking that imagining a life with the singer is something that they would also do. Miley Cyrus has leaned towards the disco and rock genre, vintage sounds that Harry Styles also likes , the two have paraded in personalized suits with a great sense of fashion.

The singer has shown that his personality is not afraid of criticism, he relives 6 moments in which Harry Styles defied fashion stereotypes with his style.