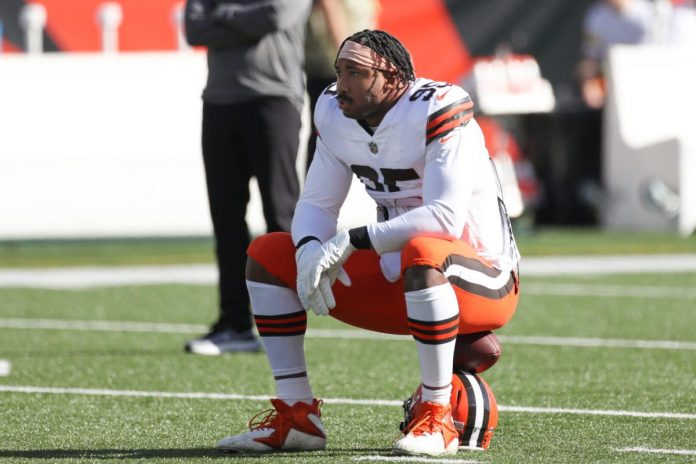 The run-in with his former quarterback was a storyline that Miles Garrett and the Cleveland Browns defense used to downplay early in the first week.

When asked how the preparation for the game affected the team’s thinking, Garrett said Cleveland.com:

“It knocked us out of the rut a little bit… I mean, the tone was set by the attitude of some guys on the other side. We were just ready to go there and finally put things to bed.”

“Off the leash,” of course, referring to the T-shirt that Baker Mayfield sold to promote the match; saying that he is now free, that he is out of Dawg Pound.

Garrett definitely got the better of his former quarterback on Sunday, sacking Baker twice, forcing him to fumble the ball and hitting a pass.

The All-Pro quarterback went on to say that he “didn’t lose any respect” for Mayfield after fighting him for the first time.