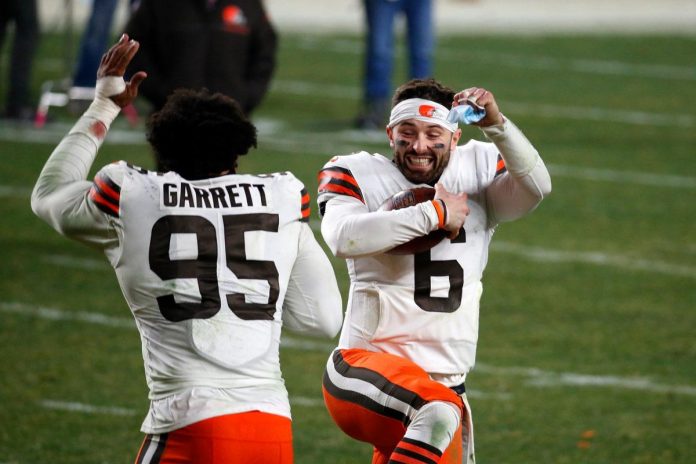 Cleveland Browns star Miles Garrett admits he didn’t respond to a heartfelt text message from Baker Mayfield after he was traded to the Carolina Panthers earlier this offseason.

“He said he appreciated the time we spent together, getting to know each other and growing up together,” Garrett said. cleveland.com in a one-on-one interview last week. “I really didn’t say anything. I didn’t have much to say, and I didn’t know what to say to that, so I didn’t.”

The No. 1 overall pick in a row played four seasons together in Cleveland. That partnership ended in a nasty breakup, as Mayfield requested a trade from the Browns just days before the team acquired Deshaun Watson in a major trade deal.

“I read (the text), but you know, we had some disagreements on a basic level, and I’m not mad at this guy and I don’t have any feelings for him, but I just didn’t know how to respond to it, so I didn’t,” Garrett said.

The Browns will travel to Charlotte to face the new Mayfield team on Sunday.

“I still think he’s a hell of a competitor and he’s a great guy to have on his side and I’m rooting for him,” Garrett added. “I think he has a great family, but now he’s the opposition, and in the end, I have to take him out.”

The opening of the Sunday season will begin at 13:00. ET.