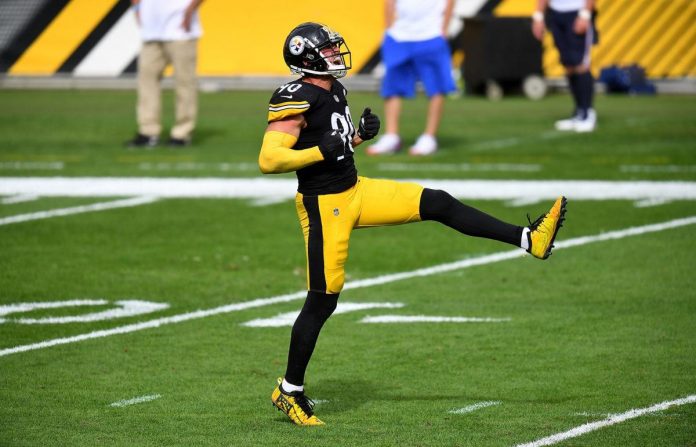 There aren’t many injuries that are more infuriating than those that happen to players of the starting lineup during pre-season exhibition games. So the Pittsburgh Steelers fans were probably ready to break something when T.J. Watt was injured during today’s game against the Detroit Lions.

Fortunately, there is nothing serious about this for the current defender of the year. Steelers head coach Mike Tomlin said during the game that it wasn’t a serious injury for Watt.

Tomlin described Watt’s injury as one that could cause them to return to the game. He said the same could be said for starting receiver Diontay Johnson, who also left the game early due to injury.

“…if it’s a regular season game, we might see them again in this game. There are no long—term concerns about T.J. Watt or Diont Johnson at this time,” Tomlin said through Jenna Harner.

T.J. Watt is a four—time pro bowler and three-time All-Pro player, leading the NFL in sacks in each of the last two seasons. Last season, Watt was inches away from breaking the NFL record for sacks in a single season while missing two games.

The Steelers awarded Watt a $112 million contract, making him one of the highest-paid quarterbacks in NFL history.

Suffice it to say that everyone at the Pittsburgh Steelers wants him to be healthy this season.