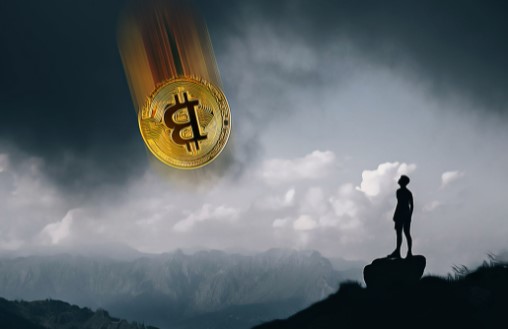 Galaxy Digital CEO Mike Novogratz said it would be surprising for Bitcoin to drop below the $40,000 level.

Galaxy Digital CEO Mike Novogratz made some statements about Bitcoin price in an interview with Squawk Box and said that it would be surprising for Bitcoin to drop below this level.

In an interview with CNBC host Joe Kernen earlier today, Mike Novogratz shared that he expects the Bitcoin price to stay above $42,000 and will be surprised if the leading cryptocurrency revisits the $40,000 price point.

Galaxy Digital CEO made the following statements about Bitcoin;

Bitcoin price, on the other hand, recorded a 73% increase in 2021, significantly underperforming some of the top altcoins. Additionally, on December 4, there was a sudden drop in Bitcoin, and the price fell by 21%.

Later, the popular cryptocurrency managed to rise again on December 8, reaching up to $ 52,000, but it could not hold above this level.

In addition to his statements, Mike Novogratz added that a drop below $ 40,000 in Bitcoin will lead to a significant change in sentiment, and such a severe drop will cause investors to fear.

“There are so many more people participating in this. It’s hard for me to see if it’s going down. However, Bitcoin remains optimistic due to the increasing number of people joining the industry.

On the other hand, investor Louis Navellier recently said that if Bitcoin loses the support of $ 28,500, which it managed to hold during a sharp summer correction, the price could drop to $ 10,000. After a series of failed predictions in 2018, the veteran hedge fund investor stated that Bitcoin will regain its previous record of $20,000 by the end of 2020.

Looking at the flagship cryptocurrency, Bitcoin started a new uptrend the other day and surpassed the $50,000 level. However, this rise in Bitcoin did not last long, and the leading cryptocurrency soon fell back below $ 50,000.

Afterwards, Bitcoin continues to visit $ 50,000 from time to time during the day, but it cannot stay above this level.

As of the writing of the content, the leading cryptocurrency BTC continues to trade at $49,500 with a 2% decline in the last 24 hours, according to CoinMarketCap data.

Analysts warn: gold can open doors to the bottom!