Home Entertainment Mike Flanagan’s Midnight Club: what we know at the moment 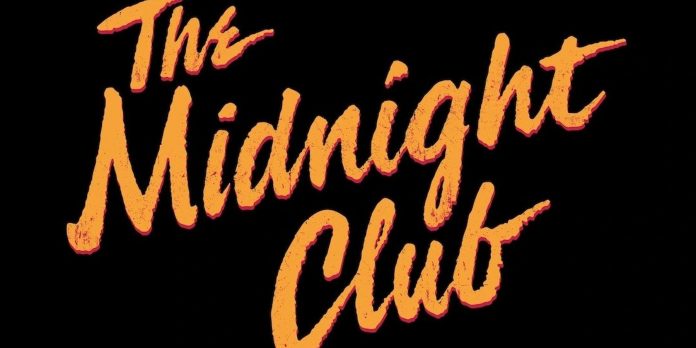 This year, at Netflix Geeked Week, the streaming platform introduced many new shows, movies, animations and game projects. One of the big teasers was for director Mike Flanagan’s new show “Midnight Club,” a series based on Christopher Pike’s book of the same name.

Released on October 7 this year, the initial teaser doesn’t give viewers much information, but offers an intriguing glimpse into the creepy world of the show. Flanagan’s previous paranormal antics for the platform have become a huge success, and “Midnight Club” will surely appeal to fans of the genre. With that said, how much is known about the series at the moment?

In May 2020, it was announced that the novel would be adapted into a series for Netflix under the direction of Mike Flanagan. Flanagan already has a long history of adaptation projects: his critically acclaimed TV series “Ghosts of the House on the Hill” based on the novel of the same name by Shirley Jackson and “Ghosts of the Bly Estate” based on the novel by Henry James “The Turn of the Screw”. Flanagan also previously directed the adaptation of “Doctor Sleep,” the sequel to “The Shining,” based on the book of the same name, and recently began production on his adaptation of the Edgar Allen Poe series “The Fall of the House of Usher” also for Netflix. Check out the teaser below.

From the mid-eighties to the early 2000s, Christopher Pike was one of the most prominent authors of horror literature for young people, having written more than 50 books intended only for a young adult audience. He wrote a lot, especially as part of the popular Point Horror book series, and one of these books was The Midnight Club, published in 1994.

According to the plot, a group of five young people lives in a hospice, all are terminally ill and all are waiting for death. The group would gather at midnight and tell each other scary stories, and one night they made a pact. A contract according to which the one who dies first will try to establish contact from the grave. When one of the band members really dies, strange events begin to happen around Rotterdam Home and The Midnight Club, and teenagers must face the reality of death and mortality.

From the brief teaser released during Geeked Week, the synopsis given suggests that the premise seems to remain basically the same as in the book. Instead of five teenagers, there are eight, but they still live in Rotterdam Home, a hospice for terminally ill children and young people. The teaser introduces each character as they pronounce the Midnight Club motto in a toast at a large table: “To those who were before. For those who are after. Us now.

Viewers are shown the exterior of a large house at night before it moves inside to a large library where a Midnight Club is assembled. The character’s digital clock strikes midnight when the camera moves to each of them in turn, lightning flashes in the background, dark hands and figures appear and disappear. Who is this ghostly figure standing over the group? They have yet to be revealed, although it is probably an image of the Grim Reaper constantly present in their lives, or perhaps the mysterious doctor running the institution.

Collaborating with Leah Fong on the series, Flanagan also directed the first two episodes of the show. Other directors of the series have been announced, and the list includes Axel Caroline (“Creepy Show”, “Manor”), Emmanuel Osei-Kuffur (“Black Box”, “Born with This”), Michael Fimonyari (“To All Boys: P.S. I still love you”) Morgan Beggs (“Once upon a Time in a Fairy Tale”, “Secrets of Smallville”) and Viet Nguyen (“Flash”, “I am a Zombie”). The show will reportedly feature several Pike stories using a group of storytellers as a plot device, however which stories are taken from the original text or from other Pike stories have yet to be confirmed.

Although there are few details, the teaser certainly caused a lot of excitement and intrigue among viewers. It also marks a kind of departure of Flanagan for inspiration from literature for young people. Taking into account Flanagan’s previous projects, it is safe to say that the project is in the right hands and promises both fear and sharpness.

Avatar: Frontiers of Pandora Shows Off Graphics In New Trailer; This...