Home Entertainment Miitopia highlights the 6 keys of the Mii and their customization on... 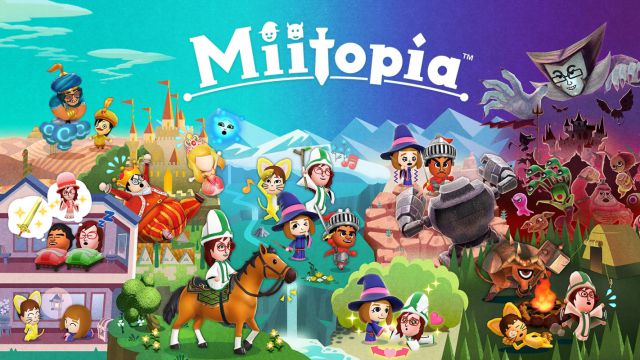 Miitopia: The game will be released exclusively for Nintendo Switch this coming May. We review the news of a delivery full of humor and adventure.Miitopia will land on Nintendo Switch this May 21 to transfer the humor of the original Nintendo 3DS work on the hybrid console with a new adventure starring the Mii. The Archmage cargo thief is planning to turn things upside down this spring and, as we see in the new game trailer, we are expecting a large dose of character customization and a very simple way to share the Mii; among other new functions.

Highlights of what’s new announced for Miitopia on Nintendo Switch

Makeup and wigs: in Miitopia for Nintendo Switch we can make our characters “more fabulous than ever” thanks to the most glamorous wigs, with colorful hairstyles and makeup. Extravagance is a grade!

Options to create and share Mii easily: now we can share Mii with friends thanks to a password, so that they can be used to populate those of other Miitopia games; even with other roles.

Unusual Trades: Conventional jobs are out of date. Fighting with a sword is ancient in Miitopia; here we can hit the enemies with a frying pan or a microphone, like good chefs or singers. Anything goes.

Personality: each Mii will have his own personality and, depending on which one he has, his actions will vary in combat; as if it were a classic JRPG. For example, the most stubborn scientists may attack twice or refuse to help their companions.

Trustworthy Steed: Any video game worth its salt is better with horses. In Miitopia we will have teammates. If we spend time with them we will be rewarded with their loyalty by helping us to carry out attacks on horseback.

Excursions and inn: when we defeat the enemies we can rest in the inn to regain strength and improve the relationship between the Mii characters. We can even put different Mii in the same room to improve their friendship naturally; although there are also places to hike and explore together.

The legacy of Hogwarts needs cleaning of common rooms for one...