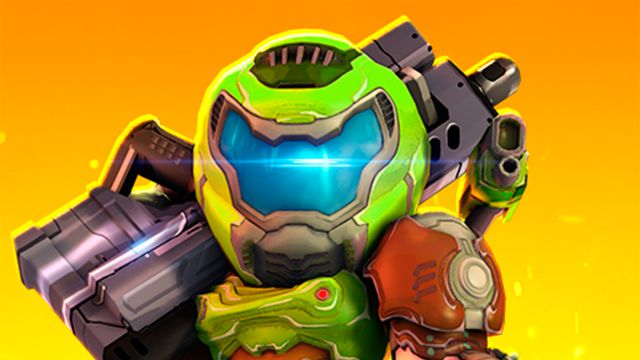 Mighty Doom: Bethesda presents with Alpha Dog its new free to play video game for Android in the form of a zenith shooter based on the popular Doom franchise. Mighty Doom is Bethesda’s new bet together with Alpha Dog Games in the field of free mobile games or F2P, a video game based on such a popular franchise quite different from the classic first person shooter cut deliveries, at the moment only available for Android terminals through a soft launch or early launch for New Zealand. This has been presented by those in charge, publishing a launch trailer that you can see heading this news along with several screenshots.

Thus, it is a never-before-seen version of Doom and specially designed for smartphones, as we say, at the moment only for Android. And beyond the shooter concept, it has little to do with the old Dooms; so much so, that the game bets on an unprecedented overhead view in the saga through which we move through the different levels as shooting rooms, in which we dispatch enemies that will arrive in waves, including final bosses.

The gallery of creatures will be recognizable to any fan of the saga, since the main enemies of the different Doom installments will parade, all under an aesthetic closer to the cartoon than to the realism of the latest installments and an arcade gameplay at all costs . And it is that as we advance in the games, objects and power ups will appear that will increase our firepower, from weapons to ammunition, passing through different types of equipment. Of course, micropayments will not be lacking.

Those who want to try this new game formula based on Doom will have to wait for a global launch, since as we say, at the moment it is only available in New Zealand as an early launch for Android; So much so, that in the European Store at the moment there is no trace of the app and it only appears in the Store of that country.

The original ending of Eternals would have avoided two problems of...