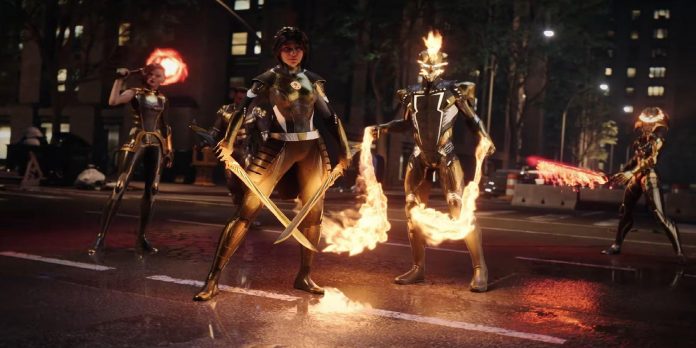 The upcoming tactical role-playing game Midnight Suns from Marvel allows fans to get to know the Hunter, a brand new hero created for the game. Developed by Firaxis, the company behind the successful and critically acclaimed XCOM relaunches, Marvel’s Midnight Suns offers a similar level of strategic gameplay, allowing players to control their favorite Marvel heroes, including Scarlet Witch, Spider-Man and many others. The Hunter is the only character created exclusively for the game, and in a recent video posted on the game’s YouTube channel, a well—known youtuber-comixtor tells fans about what makes the Hunter a different hero.

The first thing to note about the Hunter is that he will be fully customizable in Marvel’s Midnight Suns, and the player will be able to change his gender, hairstyle and other things. In essence, this makes the Hunter a hero that the player creates, regardless of whether he wants to imagine himself as a Marvel superhero fighting crime, or create the wackiest character. In addition to customizing the Hunter’s appearance, players will also be able to change their abilities in Marvel’s Midnight Suns, again personalizing their hero the way they see fit.

One of the few things that players don’t seem to be able to change is the Hunters’ backstory and how they fit into Marvel’s Midnight Suns story. In the game, Hunter is the child of Lilith, the mother of all demons and the main antagonist of Marvel’s Midnight Suns. Unlike Hunter, Lilith has experience with Marvel comics, as she first appeared in several issues of Ghost Rider back in the early 1990s.

Lilith’s main goal in Marvel’s Midnight Suns is to free Chthon, an incredibly powerful demon that some fans may already be familiar with, since he created the Darkhold, the book that Wanda used in Doctor Strange in the Multiverse of Madness. Earlier in the history of mankind, Lilith and the Hunter fought, and both of them died. But with the help of Hydra technology, Lilith was resurrected along with her child, which led to the conflict seen in Marvel’s Midnight Suns.

This time, the Hunter may have to deal with a more powerful version of Lilith, but they won’t do it alone, as dozens of Marvel cult heroes will join them. For those who want to learn more about the Hunter, Marvel’s latest Midnight Suns trailer is dedicated to them, including a demonstration of what their customizable abilities look like.

Midnight Suns from Marvel is in development for PC, PS4, PS5, Switch, Xbox One and Xbox Series X/S.