Home Entertainment Midnight Sun: Comics worth reading before the release of a new game 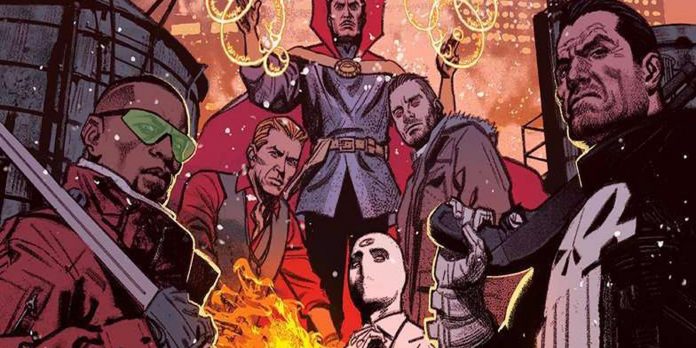 After a brief drought with Marvel video games in the early 2010s, the beloved comic book publisher has returned to work, providing several outstanding gaming experiences over the past few years. Marvel fans have enjoyed games like Marvel Ultimate Alliance 3, Marvel’s Spider-Man and later Guardians of the Galaxy. And while there have been some Avengers-sized stumbles along the way, the future of Marvel video games is pretty bright, especially with unique games like Marvel’s Midnight Suns on the horizon.

Midnight Suns from Marvel, developed by Firaxis, the studio behind the famous Civilization and XCOM franchises, is supposed to be a turn-based tactical game in the dark Marvel universe. While characters like Iron Man, Captain Marvel, and Doctor Strange are making appearances, there are still a few little-known heroes, and even some longtime Marvel fans may not know some faces. Since Marvel’s Midnight Suns just got another delay, fans now have plenty of time to check out the comics that Firaxis used for inspiration.

The Rise of the Midnight Sons

Marvel has had many books about teams over the years, from the Avengers to the X—Men, all the way up to the Illuminati, but one of the most unique groups is the Sons of Midnight. With their origins going back to the early 1990s, the Midnight Sons are essentially a Marvel supernatural squad very similar to DC’s Dark Justice League. The team, usually made up of more otherworldly Marvel heroes such as Doctor Strange, Blade, and Ghost Rider, is often tasked with dealing with the more magical threats of the world.

In the comic Rise of the Midnight Sons, the ancient necromancer Lilith, the Mother of Demons, returns from captivity in Atlantis. Together with her children named Lilin, Lilith intends to open an interdimensional rift that will allow demons to conquer the Earth. Knowing that Lilith posed a serious threat, Doctor Strange assembled nine heroes, each with a unique set of skills that, combined, could defeat Lilith and her brood of Lilins. The newly formed Midnight Sons, tasked with either defeating Lilin or protecting the Darkhold, work together to put an end to Lilith’s demonic plans.

Considering that Lilith is the main antagonist of Marvel’s upcoming “Midnight Sun” and one of her daughters is the main playable character, it seems that Firaxis is using the “Midnight Sons Uprising” as the basis for her own narrative. However, as can be seen from the slight name change, this version of “Midnight Sun” will be slightly different from its comic counterpart, with a different cast and some divergent plot elements.

One of the most little—known members of Firaxis Midnight Suns is Magic, a mutant sorceress and the sister of Colossus. In the same interview with IGN, Jake Solomon also named the 1989 X-Men comic Inferno as one of the main sources of inspiration for the game. In this race, two demons attempt to invade Earth and plan to use Magic’s ability to open portals between Earth and Limbo as a means to launch their attack. When their plan succeeds, the demons invade Manhattan, leaving the Avengers, Daredevil, Fantastic Four and Spider-Man to fend off the demonic hordes.

Although there are many Marvel characters in the crossover, Magic is at the very center of the story, and her relationship with Colossus serves as a solid emotional core of the action. Being a comic book release from the late 1980s, it certainly has a bunch of clones and overly convoluted storylines, but it serves as a good introduction to Magic and what it is capable of.

The last comic mentioned by Solomon in an interview with IGN is The 2003 Runaways, created by Adrian Alfona and Brian K. Vaughan, author of the outstanding Saga comic book series. “The Runaways” tells the story of a group of six teenagers who discover that their wealthy parents are actually the leaders of a mysterious criminal cult, each of whom has their own abilities. Soon, the children find out that they have inherited their parents’ abilities, and after stealing weapons, they all leave their homes and unite to defeat their parents.

Besides being one of Marvel’s most unique teams, where dysfunctional family life takes center stage, Runaways offers a great introduction to Nico Minoru, a powerful witch who joins the Marvel team in Midnight Suns. Dressed in Gothic clothing, Nico wields a powerful magic staff that can cast almost any spell she can think of.

Anne With An E: What we suspected about why Amybeth McNulty...