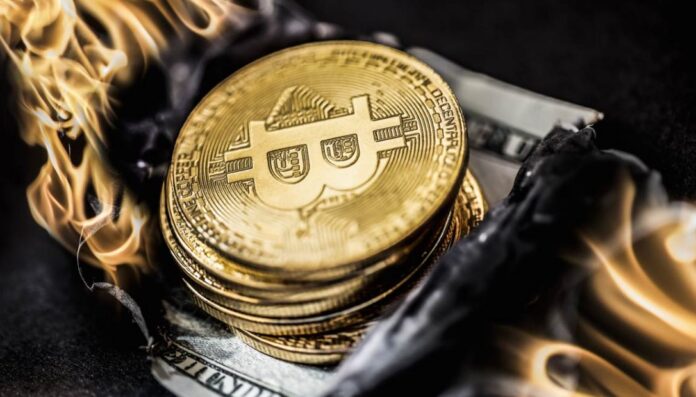 The largest cryptocurrency with its market value surpassed the $ 10,000 mark for the first time since early May. Crypto money has surpassed 10 thousand dollars and quickly saw 10 thousand 429 dollars and it is bought and sold at 10 thousand 280 dollars at the minutes of the news.

Bitcoin, which has been increasing since the fall of “Black Thursday” on March 12, has been stuck in the resistance of $ 10,000 for several weeks and it was difficult to overcome it. The move that came tonight allowed the leading cryptocurrency to exceed the level that it has been trying for some time but has not been able to exceed. Now Bitcoin has a $ 10,400 resistance in front of it and its strong break will bring new summits to the agenda.

It is stated that US President Donald Trump’s statements may have been effective in the rise of Bitcoin tonight. The sudden move in price came right after Trump’s press conference. Calling the army against the demonstrators, Trump said that nearly 200 soldiers will be deployed to Washington tonight. While the President declared that he had commissioned thousands of heavily armed military personnel and security forces to intervene in the country’s protests, the sounds of explosion and police sirens were coming in front of the White House. During the Trump’s announcements, the White House was surrounded by information.

Trump called events in America “Internal terror” and said, “If the governors do not do their job, I will deploy the US army and solve the problem.” said.

It was witnessed that Bitcoin gained value many times during such crisis moments. Especially during the US-China tensions, which were seen last year and surfaced this year, leading crypto money experienced significant rises.

With the rise in Bitcoin, the stockbrokers who played the downfall lost. In the last 24 hours, the 136 million dollar short position was liquidated on the large derivative exchange BitMEX. Of these, $ 127 million occurred at the time of the rise.

Expected Price Movement in Bitcoin May Come on Valentine’s Day on...