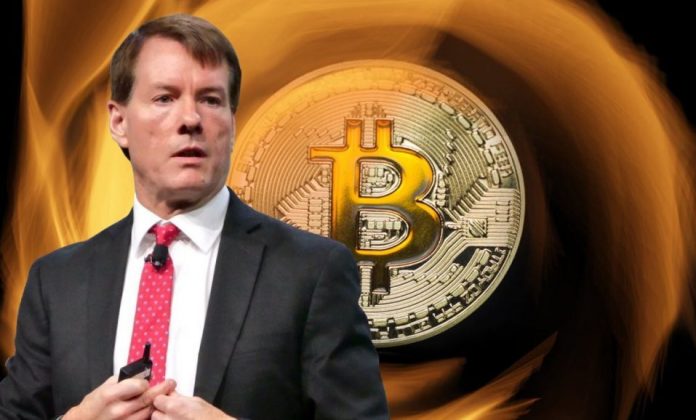 Microstrategy CEO Michael Saylor announced the peak price for Bitcoin in an interview. According to Saylor, if Bitcoin dethroned the safe haven assets, it could go up to $ 700 trillion in market value and up to $ 15 million in price.

Bitcoin investor MMCrypto had an interview with Michael Saylor on YouTube. MMCrypto raised questions from Saylor in many areas from Bitcoin price to Elon Musk. The most interesting point of the interview was the part where Saylor made a Bitcoin price prediction. Microstrategy CEO first calculated the market values ​​of financial assets, which are seen as safe havens, while reaching a price forecast of $ 15 million for BTC.

Bitcoin price may rise to $ 15 million

Saylor; He said that borrowing instruments such as cash money, stock market indices, real estate, bonds and bills were preferred as a safe haven rather than gold. According to Saylor, the total market value of these assets is around $ 300-400 trillion, and if Bitcoin eliminates these assets from their safe haven status, the market value of BTC could rise to $ 700 trillion in 10 years.

MMCrypto also intervenes here, “Then the price of Bitcoin will be 15 million dollars.” He clearly stated Saylor’s price forecast. However, Michael Saylor added that depending on the change in purchasing power, this price may change slightly upwards or downwards.

MMCrypto asked Saylor if he has Ethereum. Michael Saylor briefly summarized his ideas on Ethereum before answering this question. Stating that Bitcoin is an enterprise-level safe haven asset, the CEO used the term unicorn for Ethereum. Saylor said that ETH is an exciting and developing asset like Uber and Airbnb, “It is more risky than Bitcoin, but promising.” said.

In addition, he explained that Ethereum cannot be a store of value, and it has not made any investments since it is not fully developed yet. Finally, Saylor said competitive comparisons between Bitcoin and Ethereum should not be made, because both assets have different characteristics.

Answering questions about Elon Musk, Michael Saylor said, “I would also tell any company what I said to Musk. I think he answered me on Twitter because he was interested in Bitcoin. ” said. In addition, the CEO stated that it makes more sense for companies to prefer Bitcoin instead of a dollar balance sheet and said that he expects more BTC investment moves from more CEOs in the coming years.