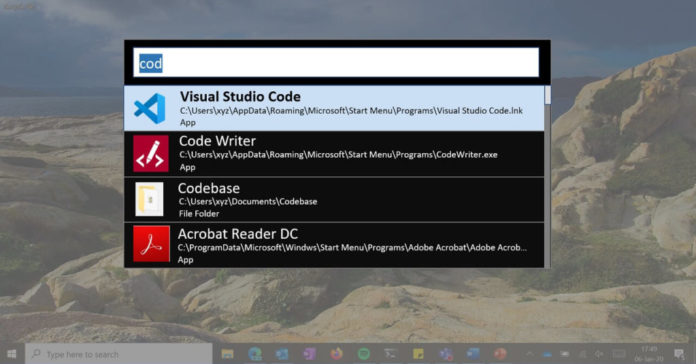 According to the recently released road map from Microsoft, Windows 10 operating system will get a new tool next month. This tool will be a tool that resembles Apple’s Spotlight tool and allows you to search.

US-based technology giant Microsoft continues to work to provide users with a Windows operating system a good experience at all times. The company had previously shared the roadmap so we could have an idea of ​​what would improve the user experience.

According to that road map shared by Microsoft, Windows 10 operating system will soon have an important feature. This feature will be a feature that macOS users are also familiar with. The new feature to come to Windows will appear as a Spotlight-like tool available on macOS.

New tool comes to Windows 10:
According to the roadmap shared by Microsoft, this Spotlight-like tool will be released for Windows 10 users next month. The new tool called ‘PowerLauncher’ will come to the operating system and will run independently from the ‘Start’ menu in Windows 10.

Just like Apple’s Spotlight tool, the PowerLaunch tool will host a search box. Users will be able to search a lot of content on this computer, such as applications and files, from this search box. The difference of this tool from the standard search box in Windows 10 will be keeping the focus on the screen.

It is said that the new tool, PowerLaunch, can be opened with the shortcut ‘Windows key + R’ even though it is not certain right now. This shortcut allows today’s Windows 10 users to start the ‘Run’ tool. Of course, as we said, this is not an instant information at all, so the combination of hotkeys can be different when the vehicle is released.

If we come to the name of the vehicle, Clint Rutkas, a member of the PowerToys team, recently launched a survey for the name of the new vehicle from Twitter. Client, who tweeted the questionnaire, ‘Help us find a name for our Win + R project’, gathered a total of 1,641 people. While 50.6% of the users who voted for the survey conducted on Twitter gave the name “Power Toys Run” to the vehicle, 20.6% made different suggestions apart from other options.

Jungkook returns to Weverse and surprises ARMY with this photo

BTS IS NOMINATED TO THE IHEARTRADIO MUSIC AWARDS 2020, WE TELL...

Neymar pays tribute to Kobe Bryant in the middle of a...

Alba Flores talks about her success in ‘Vis a vis’ and...