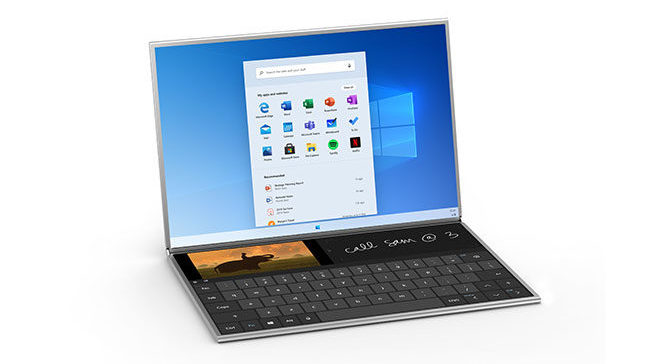 Windows 10X, a new generation operating system designed by Microsoft for dual screen devices, will enter our lives this year. Among the innovations that the new operating system will offer is a feature that macOS users love.

Windows 10X, developed by Microsoft for dual screen computers and tablets, will come with new features independent of Windows 10. The company’s new operating system will have dynamic wallpapers, one of the popular features of macOS. With this feature, users will have a desktop background that changes according to some factors such as clock.

According to new information, Microsoft; Dynamic wallpapers are tried in Windows 10X operating system with a mountain view changing in the morning, afternoon, evening and night times. Also, clouds appear from time to time to make the wallpaper even more dynamic. Windows 10X will likely use clock and location settings for wallpaper transitions.

It’s a wonder how many dynamic wallpapers Microsoft will add to the new operating system by default. Apple offers users quite limited options on macOS, so most users turn to third-party apps or software to create their own dynamic wallpapers.

Windows 10X is an operating system designed by Microsoft for dual-screen devices and is expected to come with Surface Neo later this year. On the other hand, it is also said that the Windows 10X will be completed in the spring, and before the Surface Neo, we may encounter with other manufacturers’ dual screen devices. The operating system is also expected to offer new interface features for two-screen devices, as well as a refreshed Start menu and taskbar.

Guide to Clean up Smartphones and Tablets from Samsung