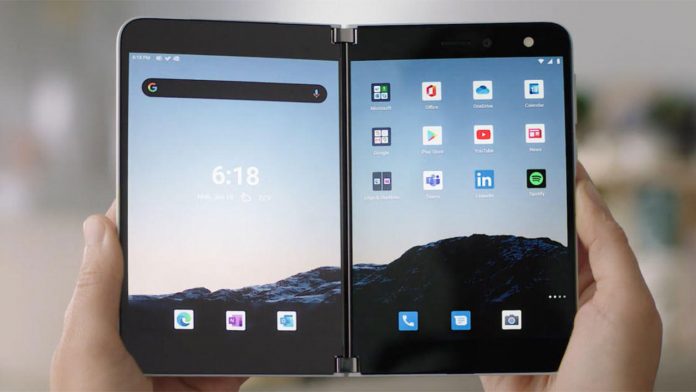 The Microsoft Surface Duo, the dual-screen foldable phone introduced in the past years, opens to the international market by expanding its field of activity. The company is preparing to bring its foldable phone to the European and Canadian market as of February 18.

Microsoft’s foldable phone will be available outside the US for the first time on February 18 for businesses and consumers for the first time. The foldable device, which will come to England, Germany, France and Canada in the first place, will find buyers from 1349 Pounds in price and 1.549 Euros in other European countries. The device will be sold in Microsoft Store and in retailers designated by the company.

It took about 5 months to release an international version of the Surface Duo, which was first released by Microsoft in the US in September 2020. The device, which hosts the modified version of Android, therefore made it difficult to use from time to time. It also lacked many non-Microsoft apps that took advantage of the dual display. While apps like TikTok were one of the third-party apps that were specifically updated for the Surface Duo last year, let’s also point out that other important apps are still not coming to Duo.

On the other hand, Microsoft, which promised monthly updates for the device, passed December. In addition, the updates in question were not enough to improve the software experience of the phone, despite its great potential.

A feature from iRobot that will delight pet owners!

PS5: an online petition to ban the resale of consoles!