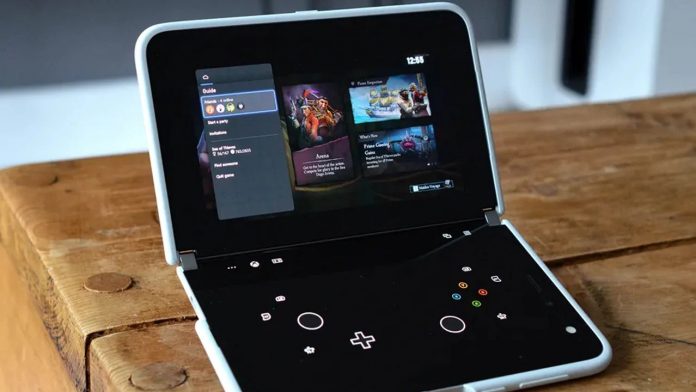 Microsoft turned its foldable tablet into a portable game console with the new update it brought to its cloud gaming system xCloud. Introduced in 2019, Surface Duo has become able to run the application on both screens thanks to the update. With one of the screens turning into a controller, the device has been likened to a Nintendo 3DS playing Xbox games. With a new update, Microsoft has transformed the dual-screen foldable device, the Surface Duo, into a portable game console. The device, which allows you to easily play Xbox games via Xbox’s cloud game service xCloud, has shown what the company would look like if a handheld console came out.

This event was made possible by the introduction of dual screen support to xCloud. One screen of the tablet, which was introduced about 2 years ago, showed the control keys and the other screen showed the game. Seeing the result, gamers likened the new version of the Surface Duo to “a Nintendo 3DS playing Xbox games”.

Resembles a Nintendo 3DS with an Xbox game

Microsoft’s cloud game service xCloud’s mobile application has been updated. Thanks to the update, it was possible for Surface Duo to run the application on both screens. One of the screens transformed into a virtual game controller. Thus, it was possible to play games on the device without an extra remote control.

The Surface Duo, which has turned into a handheld console with the update, has been compared to the Nintendo 3DS console by the players. Because it was also a foldable and touchscreen game console. Even considering that the use of emulators is possible, Surface Duo users could always use the device like Nintendo 3DS. Of course, if an emulator application with dual screen support could be found.

The new version of Google Chrome will come with features that...