According to the company’s planning, Microsoft Teams will have video calls of up to 300 people by the end of the month. Caught by the Neowin website, Microsoft has been constantly working on expanding videoconferences to meet the demand of countless companies that have adopted the home office.

Microsoft Teams started adding more people to video calls by adding a 3-by-3 view – where 9 people could attend the meeting simultaneously. After that, Microsoft increased the number to 49 people, soon expanding to 250; now, the company plans to expand to up to 300 users.

The update is expected to reach Microsoft Teams users by the end of June – if the schedule stipulated by Microsoft is followed without major obstacles. “To assist consumers in this unprecedented shift in communication, we are expanding the maximum number of participants in Teams meetings to 300.”, describes Microsoft on its official website. 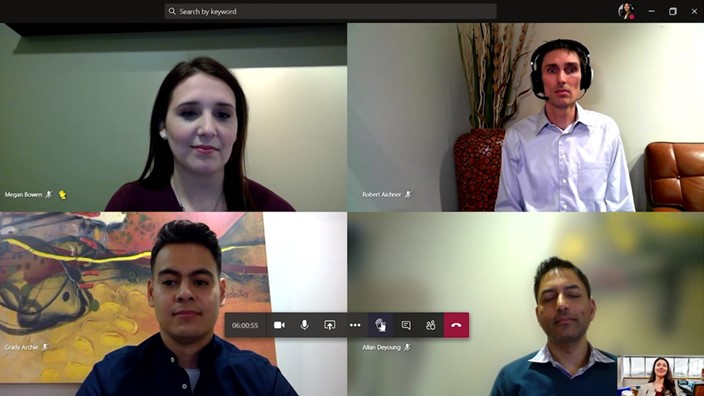 The company watched its tool grow exponentially as recommendations for social isolation spread. On May 31 alone, Microsoft recorded 2.7 billion minutes of calls on the platform. Currently, the company’s service has more than 75 million active users.

Other great news that Microsoft Teams users can expect are the noise cancellation by artificial intelligence and a certain integration with Skype – a communication tool focused on the common audience. There are no official dates for the release of any of the announced tools.