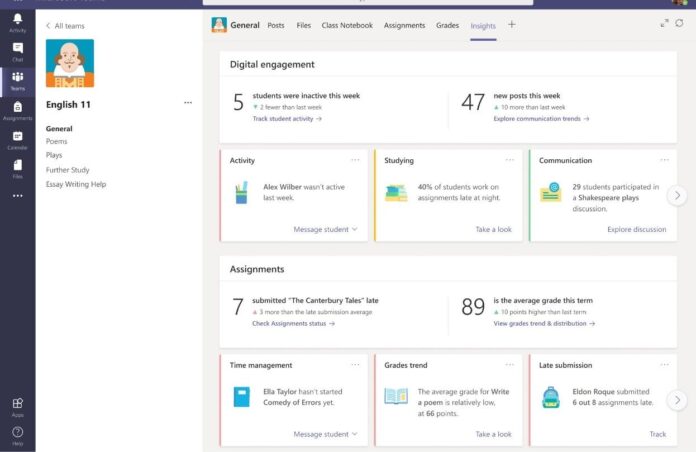 The fact that many companies adopted the model of working from home due to the coronavirus outbreak caused a tremendous increase in demand for video conferencing platforms. Microsoft Teams, one of these platforms, has now announced that users can set personal wallpapers on their backgrounds.

The coronavirus outbreak has also significantly affected the working culture, as well as social life. Many large and small firms in the world switched to work from home to prevent the epidemic from spreading to more people. As such, virtual meetings in video conferencing applications replaced the interviews in the meeting room.

Microsoft Teams, one of the most preferred corporate video conferencing platforms in the business world, has announced its new feature that will make video speech more fun. The app now allows users to create custom backgrounds by loading their personal wallpapers into the app.

However, Microsoft says custom images and other background effects apply only to scheduled meetings. Teams already has a background blur effect and a library of preloaded images to hide the clutter in the home during the video call.

During the coronavirus pandemic, the rival platform Zoom, which has recorded an extraordinary growth despite many security and privacy problems, already allows users to create backgrounds from their private photos. Introducing the same feature to its users, albeit late, Microsoft Teams said it will continue to offer new features that will improve the video conferencing experience.

Microsoft has also introduced some new features for free Teams users, including the ability to schedule meetings and send invites, instead of using the “Meet Now” option, which allows users to quickly start a video call. In addition, free users of Teams can now add live captions to their calls. Microsoft Teams, which currently has more than 75 million active users, broke a record last March with 2.7 billion minutes of talk time.

A Smart Watch That Can Measure The Danger Of Covid-19 Has...