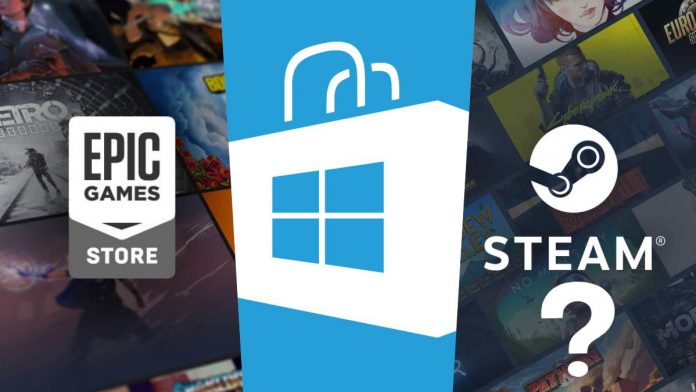 Microsoft Store: The North American giant invites other third party platforms to join its store, which will be updated in Windows 10 and Windows 11. Microsoft Store opens up to other platforms. Those of Redmond have announced that the Epic Games Store and Amazon will be integrated into their store in the coming months. In addition, the Americans invite other third party applications (eg Steam) to do the same as well. This does not mean that none of these companies will give up their own applications, but that in the future it will be possible to access them also through the Windows 10 and Windows 11 store.

“As in any other application, apps from other stores will have a detailed product page, which can be found through search or navigation,” said Giorgio Sardo, general manager of the Microsoft Store.

In his words, users will be able to find and install them “with the same confidence” as any other application available in the Windows store. “Today we announce that Amazon and Epic Games will bring their applications to the Microsoft Store in the coming months. We are looking forward to welcoming other stores in the future. ”

The announcement has taken place in a very concrete context: the company prepares a total renovation of the Microsoft Store, which will be available first in Windows 11, although it will also be launched in Windows 10 later. In addition, all apps with microtransactions that use alternative payment methods will be able to keep 100% of the income, as long as it is not video games.

Speaking to The Verge, Windows boss Panos Panay already hinted at his intention to integrate different stores into his own digital platform. When asked about Steam, he commented that they were open to it. “I want to have that experience where you go to the store, type in the name of an app you want and you get it.”

Why Bravo Should Bring Southern Charm Back to New Orleans

BTS and Coldplay Share Behind The Scenes Of My Universe MV