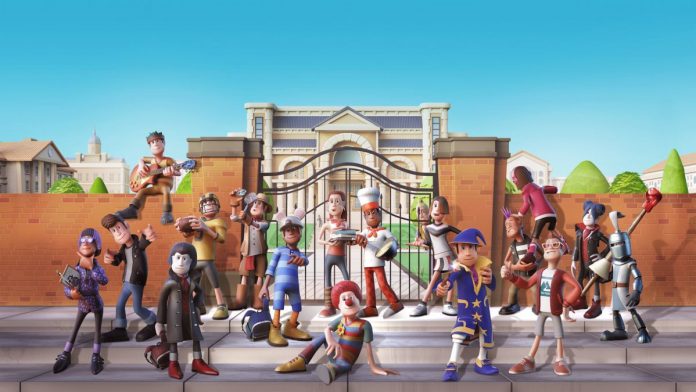 We will leave the hospitals to immerse ourselves in university life. We will have to develop our own campus from the outside, one of its main novelties. As we can read in the description, Two Point Campus is “full of new creative tools with which to build the university of your dreams”. “Trace paths with new and simple tools. Create spectacular green environments. Set up benches, fountains, sculptures, hedges, and even wooden fences. The only limit is your imagination… and the centre’s budget ”, they explain.

As Two Point Studios is accustomed to us, the subjects on this campus will be anything but the usual ones. We will find sites such as the Faculty of Knights, where medieval jousts will be held, or the Faculty of Grastronomy, where students will make “delicious delicacies such as giant pizzas or huge cakes.”

The academic year begins with summer vacation, so players will be given some scope to build a university that meets the interests of their students. Of course, not everything will be studying: “Get to know your students well and discover their personalities, their tastes and their needs. Set up clubs, parties, and concerts to keep them happy. Surround them with friends, help them develop their relationships, provide them with spiritual attention, and make sure they are joyful enough to become amazing people who are the pride of your university’s legacy, ”they conclude.

Despite the usual early Microsoft Store profiles, its release date has not been shared; not even a rough frame.

“They’re all very cute and memorable,” Kim Kardashian Once Joined The...